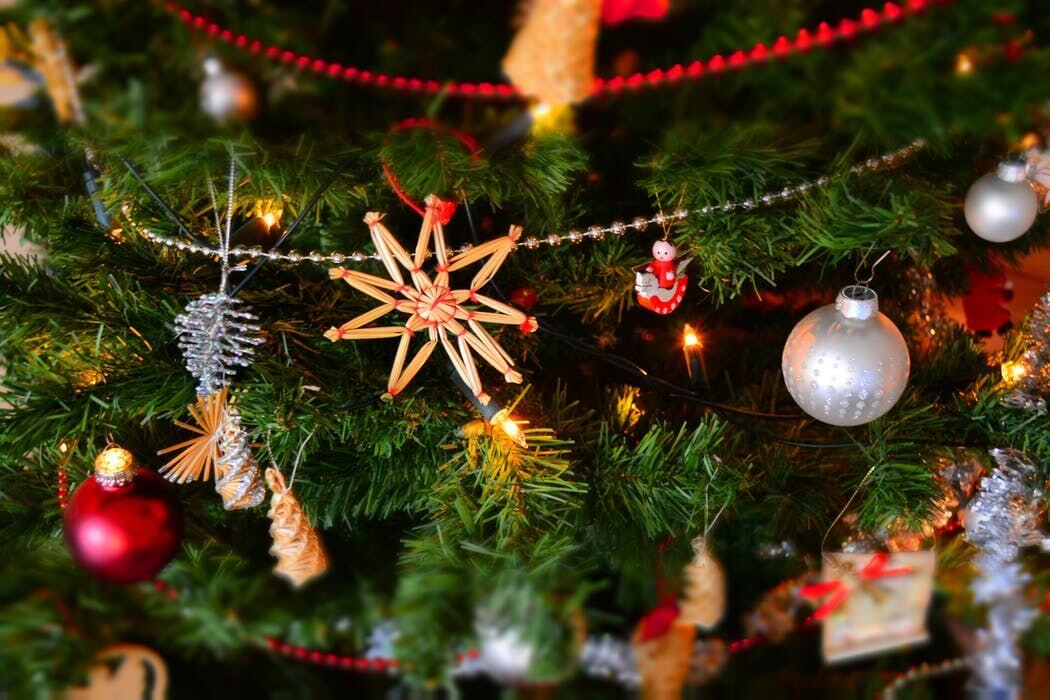 As the Christmas holidays, the jolliest days of the year, are nearing, everyone will relax from the constant stress of studying and make the best of their time during the Christmas days. For most Dutch people Christmas is simply a time of dining together with the family in the form of a big buffet. But have you ever wondered how inhabitants of other regions and countries in Europe celebrate Christmas? To still teach you some examples of cultural diversity, we asked some AEGEEans with a good amount of knowledge of christmas traditions in other European countries. Without further ado: let’s dive into it!

Balázs Réti – Secretary of the board of AEGEE-Budapest

“In Hungary, the whole story starts with advent, which takes place four weeks before Christmas. Every Sunday we ignite one more candle than the week before. On 6th December is Saint Nicolaus day where children get presents.

On Christmas Eve at the 24th of December families gather together and give presents to each other. Some regular dishes during this evening include fish soup, carp, fried dish and sometimes turkey. Stuffed cabbage is also a dish often present during this evening. For dessert we eat bejgli (A roll of sweet yeast bread usually containing poppy seed). On the 25th and 26th of December nothing is that different, but some of the more religious families go to church while others just stay at home with each other. On the Christmas tree we hang a special kind of bonbon called szaloncokur (fondant covered by chocolate).

Furthermore, in November Christmas markets start to appear around Budapest where you can buy several traditional Hungarian dishes including flódni, Kürtőskalács, tökipombos and Lángos (just google them). Mulled wine and Palinka is also available at these markets.”

“In Athens region we eat pork with celery soup and Christus bread (sweetened bread with a cross on it). On the morning of Christmas eve kids will knock on doors and sing Christmas carols with jingle bells and, in less common cases, trumpets and drums. In new year’s eve its the same concept but with different lyrics. It is also sometimes sang by adults but currently these carols are mostly sung by the children on the aforementioned mornings.

When the children go from door to door and someone opens the children will always ask ‘Can we sing them? (na ta pume)’, in which the person opening the door will usually respond with ‘you may sing them (na ta pite)’. The songs sang differ per region so the songs you will hear in Athens will not be the same as the ones in Crete for example. You are supposed to give some money (but candy is also not uncommon) to them after they are done singing. Afterwards the children will say ‘next year again!’, implying they will come back and do the same thing next year.

These carols stem from an old Pagan Greek custom. In the Byzantine era they tried to ban these because everything non-Christian was forbidden. However, this did not work out and in the long term this custom got incorporated into Christianity. The lyrics of the carols are sung in an old form of the Greek language”

“When I was younger, we often spent Christmas (Joulu in Finnish) in Finland with family. Even here in the Netherlands, we still mostly celebrate it the Finnish way.

The most important day of Christmas is December 24. That is also the day when we get the Christmas tree and decorate it. That would happen in the morning or afternoon but the evening is most important. My parents and sibling, grandparents, aunt, uncles and cousins would go to church together, after which the long-awaited Christmas dinner could start! This is the only one that really matters, any other special dinners you may have around Christmas are secondary. The most important components of the meal are the ham which has been in the oven all night, a Karelian beetroot salad, pickled fish, and oven dishes with potato, carrot or turnip. Of course, there is more, and there is much of everything. There are always leftovers for days.

We also sometimes got a visit from Joulupukki (Santa Claus) – a dressed-up uncle, of course. Not in bright red, but in a leather coat and many layers of sweaters, scarves and hats so that we couldn’t recognise him. I remember he was quite scary and very cold from being outside.

Santa Claus, by the way, doesn’t live on the north pole like most people outside Finland believe! He lives in Korvatunturi in the Finnish part of Lapland, where there really are reindeer.”

“The Norwegian people love celebrating Christmas! They love to decorate the tree, spend time with family and sing Christmas songs. There are, however, also some certain specific Norwegian Christmas traditions.

In Norway, they love gingerbread houses. Especially in Bergen people are crazy about these tasty buildings. They like them so much that in Bergen you can find the largest gingerbread town in the world. This town is made every year with the help of children. Unfortunately, everything is expensive in Norway, so there is an admission fee to see the town. In the Christmas market there is luckily a smaller version of the gingerbread town without entry costs. My friends and I also made an attempt to make a gingerbread house, but that did not end very well.

The Christmas market is new this year in Bergen. Although it is not as big as some of those German Christmas markets, it is still very cosy. Here you can find some typical Norwegian snacks, such as sausages made of whale, reindeer or elk meat. If you are in need of some last minute Christmas presents, you will certainly find something nice here, like woolen mittens or nice candles.

So if you are a fan of tasty snacks, cosy times, and nice Christmas drinks, you are at the right address in Bergen!” 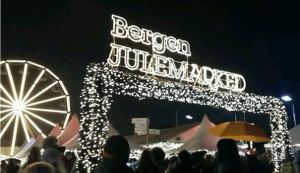