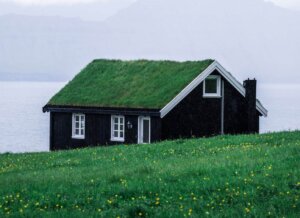 The day the quarantine period started in Spain, March 13th, was frustrating. More people might have the same feeling when it was announced that nobody had to go out from their homes and stop doing the things we used to do before. Trying to keep my anger under control due to the circumstances I started making different things for AEGEE as I was working from home, sometimes writing texts and putting posts or taking part in online events, one of them my first Agora on June, only to keep my mind busy. I could also keep modelling and painting my wargaming models to use my hands in a way for not losing my skills. Breakfasts, lunch times and dinners were done by putting some heavy metal music of my own –I discovered a fifteen-minute song called Genesis (The Making and the Fall of Man) by Running Wild, which fitted well with this strange days- and I could keep the contact with my loved ones…even during my birthday, alone but safe.

In the middle of this routine, each week I had to go to the nearest supermarket after recycling. With my mask, my gloves and taking with me some bags to put into all the meals and drinks I needed I went there, dressed like a warrior who survived after an apocalypse like in a Fallout videogame. After buying everything I needed I had to carry with all the things I bought. The weight of all these bags was so huge that I needed to stop sometimes to recover, being hard for me to breathe but more to see with my glasses. The worst part was queuing before entering into the chemist’s to buy hydro alcoholic soap and masks with that weight. Even was hard to find the keys to get into my home and holding the meals I bought. When I arrived I had to clean everything for not to be sick. I didn’t like that sense of paranoia I had when entering but it was necessary to do it.

By three weeks, while people were clapping at eight o’clock in the evening as a sign of gratitude for all the doctors that were fighting against the coronavirus (something not all the people did for political reasons), I started watching my home as a trench and feeling myself as in the days of the First World War. I discovered that my home was a shelter against a menace that you never predict when it attacks you and, sooner or later, you had to get out of there. “But, when do I go out?” That was the kind of thought I had, as other people and as trench fighters could have when they were trying to sleep and could not do it. Reality had become in something different and sometimes you could not distinguish between what was real and what was fiction.

However, I could realize about many things during these days. I discovered my real potential in many different fields, being decisive in some moments of the job. I thought profoundly about the links I have with many different people, coming up with questions of the type “Is this person a real friend or is not?”, making strong connections with ones and, unfortunately, cutting out links with others. Being an AEGEE member does not suppose being like the rest and I could manage to be active and present for the rest of the community in a different way. And there is something interesting I lived on a dream I had and that inspired me to make a short film I would like to film (inspired also by other songs). My home, definitely, was a trench and, until I could move through my city freely, I had to deal with an enemy: my limitations. Maybe that is the greatest lesson millions of men and female, children and adults, could discovered and let’s see what we can do with that attitude in the following years.