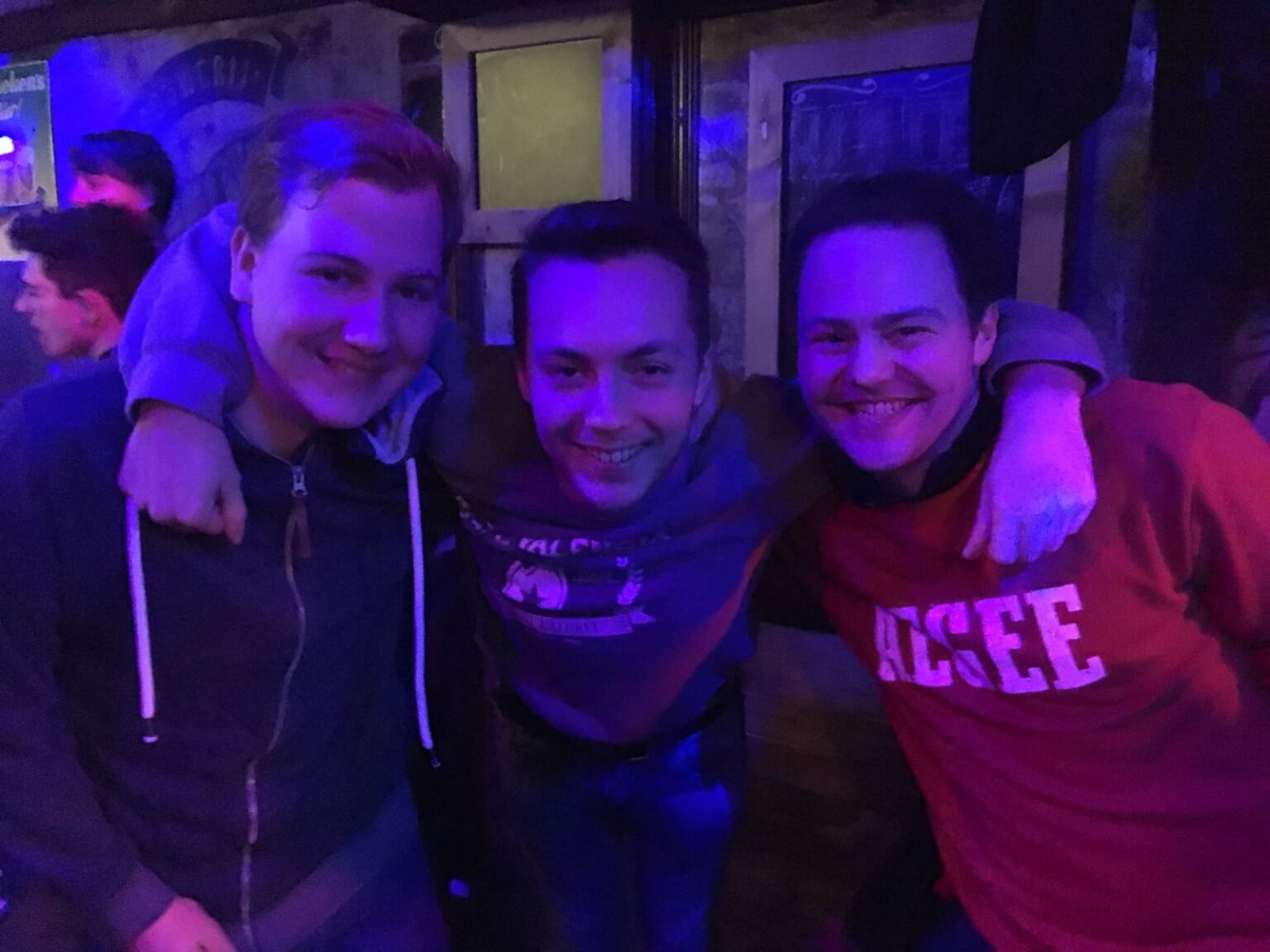 Have you seen lovely articles in the Gronoloog? Have you ever wondered who delivered you these wonderful stories and informational articles? That would be us! The three headed Editorial Committee! We love to hear what is going on and talk about what we experienced. This year we will keep you updated and informed with what is going on and what you will need to know in and around AEGEE Groningen. We will also put an effort in expanding your view towards Europe. But first it is time for you to meet our individual members!

Our president is the one and only Limburger in our local, Roger, who will throw random coffee remarks at you. Thank god it’s not the coffee itself. That’s something he keeps for himself. Unfortunately, he might still surprise you with hug attacks. But when the initial shock has gone, he turns out to be a sweet and energetic guy. He has graduated and is hunting for a job. In the meantime, you can find him at socials, events and he is also involved with the Human Resource Committee on Europe level. He really loves Estonia and will go back whenever he has the chance. He likes travelling because it kind of feels like dreaming, moving from one place to the next, taking nothing but memories back home. Soaking up new views and experiences only adds to the magic. He would probably be best identified with UK, always trying to leave but not being able to make up his mind whether he wants to stay or not.

Our secretary is Robert, whom you probably haven’t seen in a while. We were looking everywhere for him. Our worst fear came true when we traced him to Madrid, Spain. The official story is that he was there for Erasmus, we are still convinced that the Spanish Ghetto abducted him during his Summer University. We had to do everything in our power to get him back to the Netherlands. Luckily, we were able to get him back to our city which always felt like a village. He enjoys learning about languages and cultures, even though his study has absolutely nothing to do with that. He sees travelling not only as a way to learn and experience new things but also to better connect with himself. He’s a swimmer in his free time and likes to write as a hobby. While being held in captivity in Spain he has learned to speak the language of sangría and tortillas. It is said that his fluency increases tenfold after drinking copious amounts of cerveza.

Last, but not least, is our awesome general member … drumroll please … Arjan! Our very own IT guy always knows the how-to’s when the rest is just out of ideas. He always manages to keep the team sharp and to see improvements when the other members think they managed everything. The thing he enjoys most about traveling is seeing new things to broaden his horizons. But also quite loves the company of others when traveling.

We love to keep you updated on all the interesting events going on in and around AEGEE-Groningen and AEGEE-Europe. We hope to see you around!