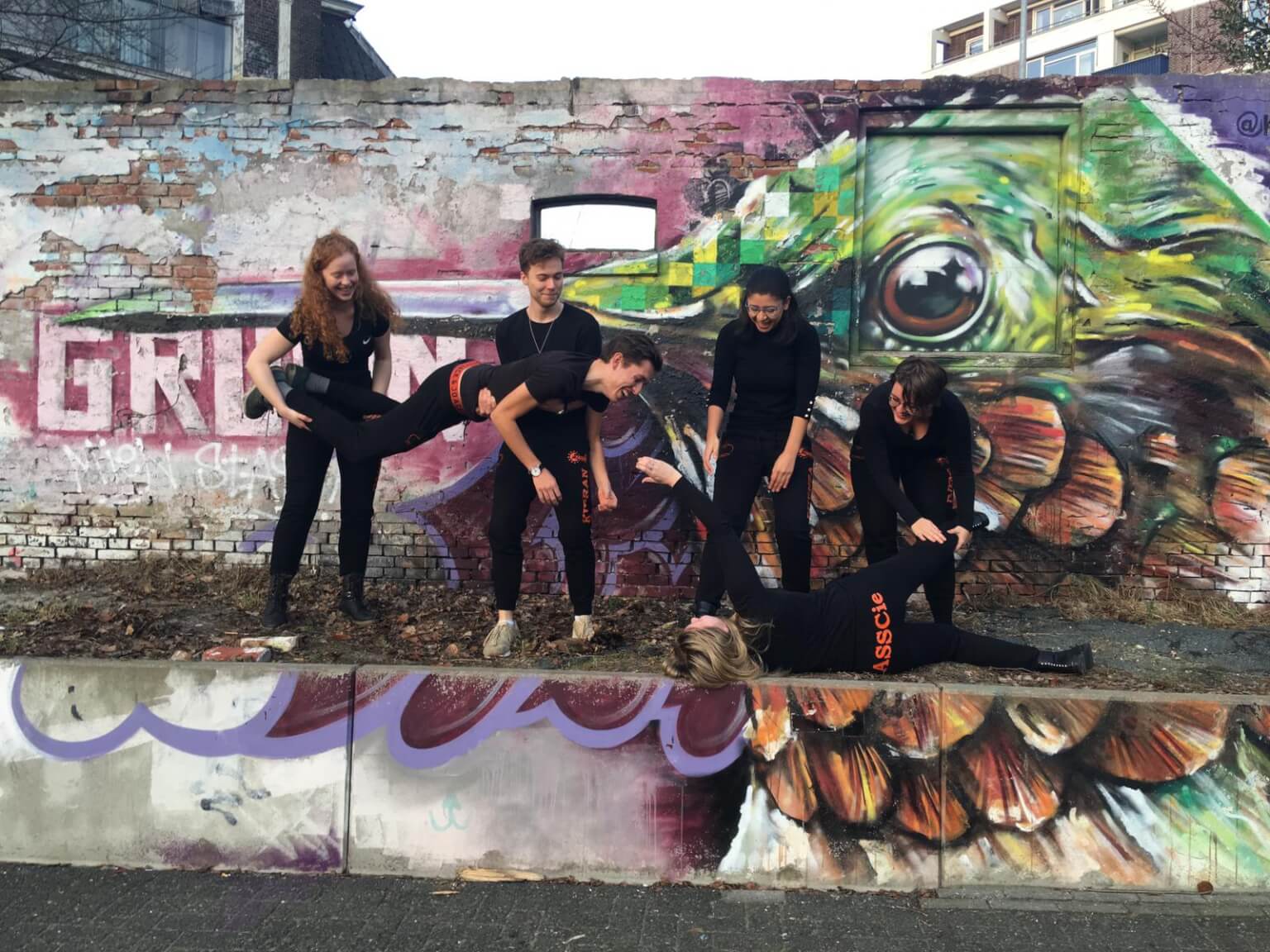 Don’t look away! You have just stumbled across the lost ancient ruins of the AcCie of AEGEE-Groningen. These texts describe the famous adventures of Danielle, Djené, Shenza, Sam, Kieran and their leader Laura. Be forewarned though, fair traveler, that these texts are secret. Do not share the contents of these texts with anyone, or you will be cursed. To this day, only one text has been created that describes the group. Why? Because they were so great and adventurous that they only had time to make one. That one that you hold in your hands now has a powerful magic in it. Do not misuse it, or you will pay the ultimate price.

So, take a seat with a your biggest magnifying glass and get ready to be amazed. Do not read too far, or you may find your mind filled with more information than you wanted.

Will you discover how ridiculously Sam holds a special beer glass? Perhaps you will unlock the dark, woven secrets of Djene’s thread. Maybe you will unlock the truth behind what Kieran meant when he said: “I don’t know.” The whispers of truth will enlighten you about Laura’s love of desserts. See the cracks in the text where Shenza’s hand was shaking as she wrote about people pronouncing her last name wrong. Data entry: Danielle ENTRY EMPTY. Since I, Danielle, am writing to you, I had enough time to erase all of the deep secrets from the text before your eyes could see it. Oh no, child, do not cry. The truth always comes out in time.

On January the 15th, an activity of the AcCie took place. The ground of Groningen turned into a real Las Vegas area: it was time for the poker tournament. A quick recap: in poker, every player is dealt two cards which they may bet on, or fold the hand, giving up their chance to win. Common cards are revealed on the table afterwards. First three, the flop, then one, the turn, and finally the last card known as the river. Whoever has the highest combination of cards, wins the hand, and all the money on the table.

Now, after everyone present got that little summary, the hunt for the elusive royal flush and fabulous riches was on…

The first game saw a lot of new players slowly getting into their new roles, testing out their poker faces, getting used to the feeling of gaining and losing chips at the whims of the cards they were dealt. As the forced bets, so-called blinds, grew, so did the players’ courage. Before anyone knew it, the first calls of “all-in” were heard, followed by either a groan of loss or a cheer of joy.

As the night went on, the game became more tactical. “Is he bluffing?”, “What does she have?” or “Nobody can bet this much on nothing, can they…?”. Doubt beset people. After all, if you win simply by making everyone else fold, you do not have to show your cards. This way, they will never know what you had up your sleeve…

A game of poker can only end one way: with one player holding all the chips and everyone else out of them.

About three games were played, at three different tables. People switched around to play against different opponents. There was no clear winner, just a lot of people that should probably never be allowed to gamble (again?).

Learn to Lobby: No campaign no gain!
AEGEE-Europe on Track
Laatste dag!