It is the year 2015 AD: Europe is detached from politics, the European Union fails to prove its legitimation and especially the European Parliament turns into a victim as only 60 percent of EU citizens go voting. They feel indifferent and bored about politics and are frustrated by a top-down governmental system. They do not identify themselves with the way of decision-making, which is applied there. This “state of post-democracy”, as political scientist Senka Neuman-Stanivukovic points out in her speech, menaces the European system of democracy. “Like an alienated family coming together for Christmas, we try to have some good time”, she says. According to her, have already stopped to improve the system.

Her relentless analysis set the base for this crucial question: “Democracy: How should our society be?” This is the slogan of a very exciting seminar being conducted for AEGEEans all over Europe. In a program of five days, AEGEE-Groningen offered a rich mix of debates, lecturers, workshops, games, sightseeing – and amazing parties, of course! Renowned guest speakers as Benjamin Anker, an official from the Dutch Ministry of Foreign Affairs, gave their opinion about the democratic process within the EU. Profound lecturers explained the difference between open and closed party systems as well as the advantages and disadvantages of consensus vs. majoritarian principle. This first-hand information enabled the participants to make up their own fact-grounded opinion and to take part in lively discussions about which systems are supposed to be preferred to others. 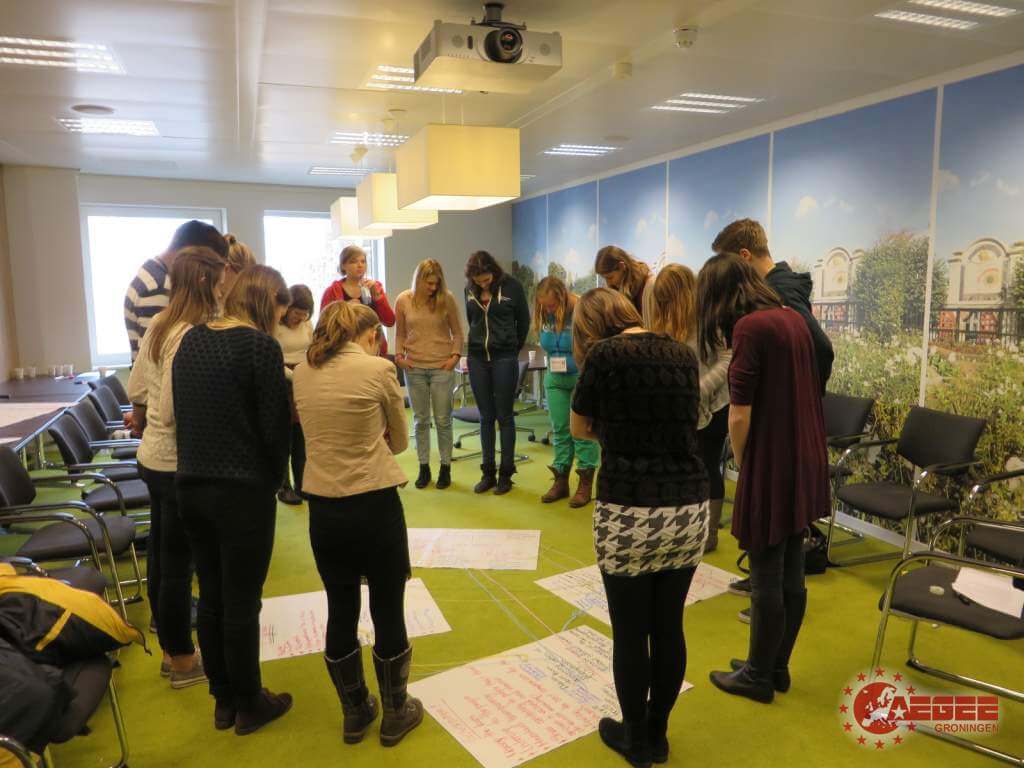 The interactive workshop “Democracy in Practice”, conducted by Maria Arends, showed impressively how complex the way to democratic decisions usually is. It raised the awareness for the difficulties occurring in a democracy, and subsequently made people think about good ways to overcome them. Maria announced that “Democracy in Practice” is going to be implemented all across Europe during the next months.

Anna Gumbau presented another great project called AEGEE’s Election Observation Project. It empowers young Europeans to actively take part in the preservation and improvement of democratic elections. Everyone who is interested in assuring free elections – not only in semi-democratic countries, but also across the globe – is invited to contact Anna. 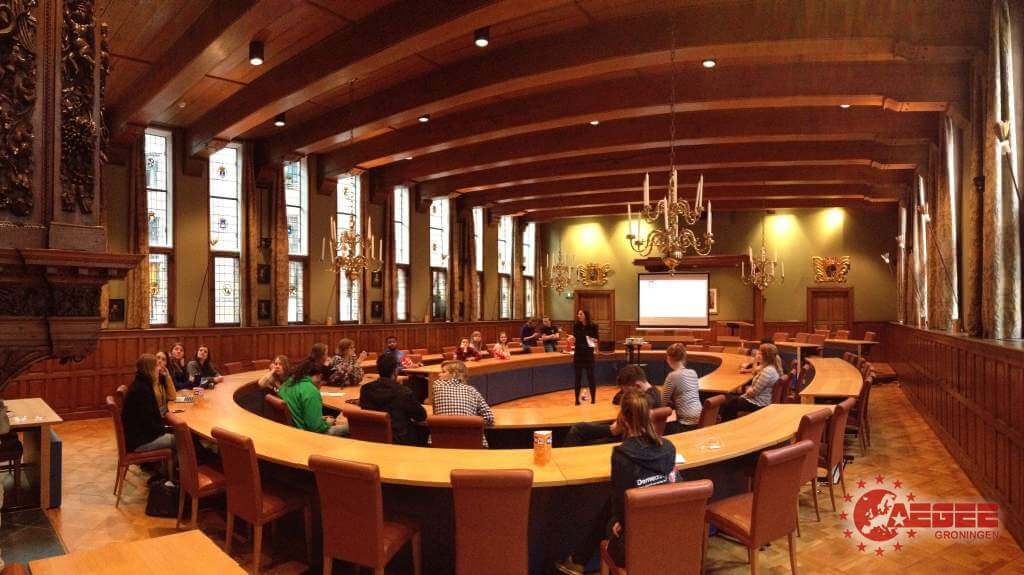 In addition to the European dimensions of democracy, during the event, the AEGEEans got to know how democracy works on a regional level by visiting the House of Province in Groningen – and how it is connected to the European level. They had a fantastic overview over the great Old Town of one of the richest regions of the EU and over its crazy nightlife, making a bunch of new friends and finally being able to have more than just a glimpse into how European democracies work: A wide-ranged base of information and opinions. Nothing deprives them from improving the system any more.