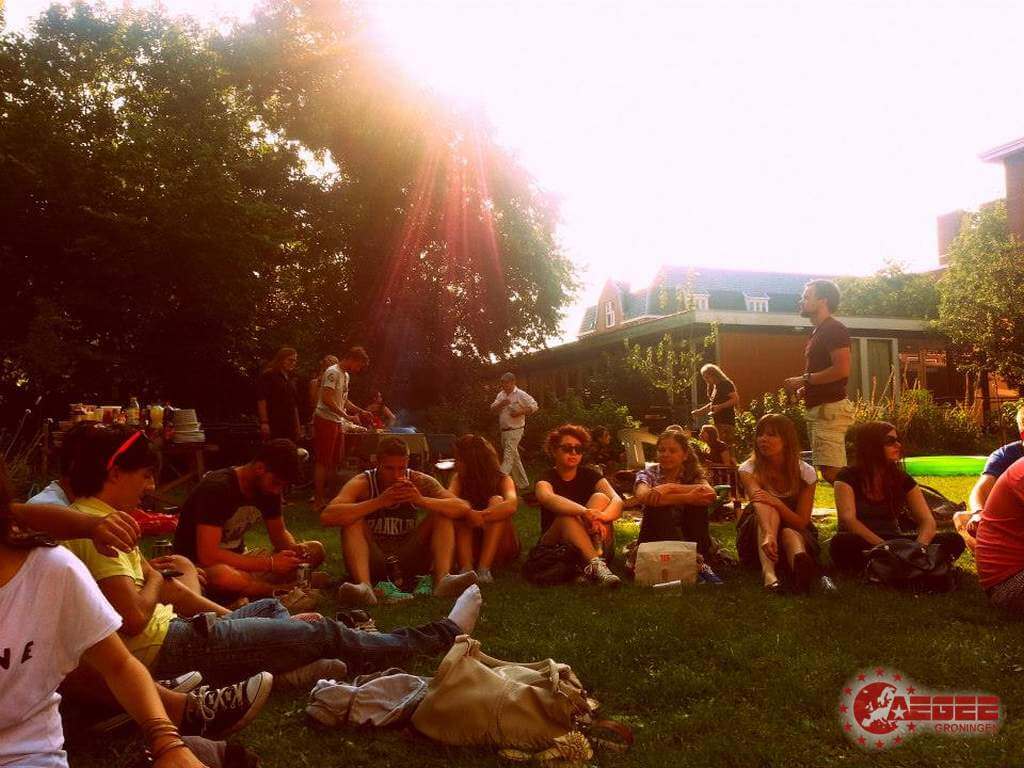 I am floating in the sea, an ice-cold beer in my hand, watching the sun turn the sky into a shimmery pink-orange. After a cool bath in the salty waves, I warm up at the cozy campfire while my new friends share the latest romance gossip with me. This is one of many moments of an unforgettable adventure – my first Summer University in Groningen.

The Motto
Insane in the brain – Amaze your mind as maze mice, this SU’s slogan, fit not just the range of activities we did but also the people who did it perfectly. On our crazy agenda were a bunch of very funny social experiments: Trying to get as many free hugs as possible, making people move because you are interfering with their personal space, wearing t-shirts from strangers or pretending to hurt your knee and waiting to be helped. The latter one, however, was slightly misinterpreted by one of the participants. Instead of falling on his knee, he pretended to be dead. This overdramatic reinterpretation even caused the police to show up – but we were lucky and talked our way out of it. Still not insane enough for you? Besides these experiments, we also made up our own flash mobs: We suddenly started to sleep in a very busy shopping street causing people to giggle and take loads of photos of us. Plus, we launched a water fight in the middle of a crowd of people after someone pushed a button that we had erected there before. 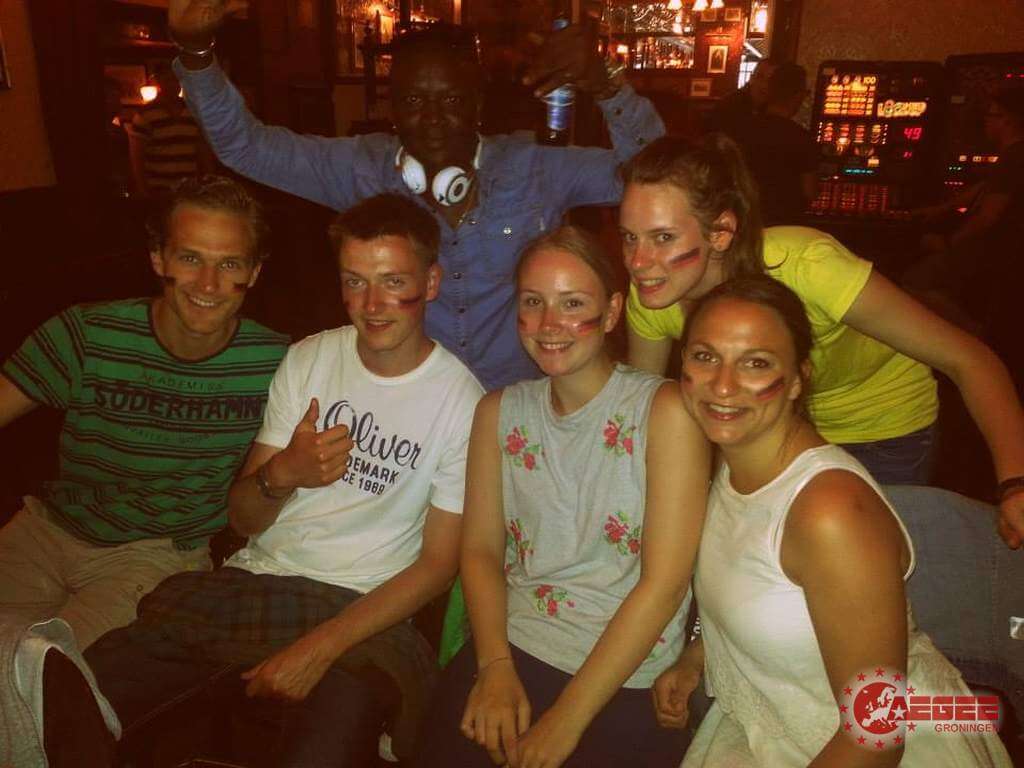 The Activities
We spent most of our time in Groningen, which is for me, personally, the best student city I could imagine. The organizers presented it to us from a variety of perspectives. The first week started off with a city tour allowing us to explore Groningen by foot. Since it is the world’s cycling city number one, naturally, we also travelled around the area by bike and visited an ecological farm nearby. Arriving there, we were greeted by an overload of cuteness – kittens, puppies and baby goats in every corner. We also had the opportunity there to do horseback riding, to milk a cow and to taste the fresh warm milk shortly after. In addition to cycling, we discovered the rest of Groningen on water, canoeing on its canal that stretches around the whole city center. Finally, from the top of its landmark, the Martini tower, we enjoyed the city’s beauty from above. Because of the amazingly hot weather, which is rather unusual for the Netherlands, we enjoyed a lot of typical summer activities: We went swimming at a lake, we played with water guns in the park and we had barbecues – one of them at a very out of the ordinary place, a squat which was a former hospital. As an obligatory part of the SU, we had a couple of workshops to attend as well. But, unlike what I had expected, some of them were actually a lot of fun. I especially liked the workshop on Dutch language and culture, in which I learned my favorite pickup line in Dutch: Ben je geil of wil je een koekje? / Are you horny or do you want a cookie? We also had an interesting one, which was held by people from Alcoholic Anonymous. They told us some very moving stories about their life as long-time alcoholics and how they fought their disease. After their lectures and almost two weeks of permanent drinking, all of us were pondering on the question whether we also counted as excessive drinkers now. In all, the program was just put together perfectly – it was diverse, entertaining and there was still free time left for us to just go shopping or even make a day trip on our own. 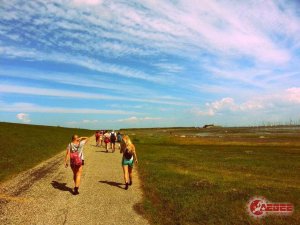 The program itself included two trips further away from Groningen– a weekend getaway to Schiermonnikoog and a day trip to Amsterdam. Schiermonnikoog was as beautiful as an island can be – clear blue sky, wide fields painted in emerald, a soft breeze childishly playing with our hair and BEER FOR FREE. All weekend long, our fridge was filled with it just like Homer Simpson’s with his precious Duff beer. Ironically, the farm we stayed at was named Springfield. 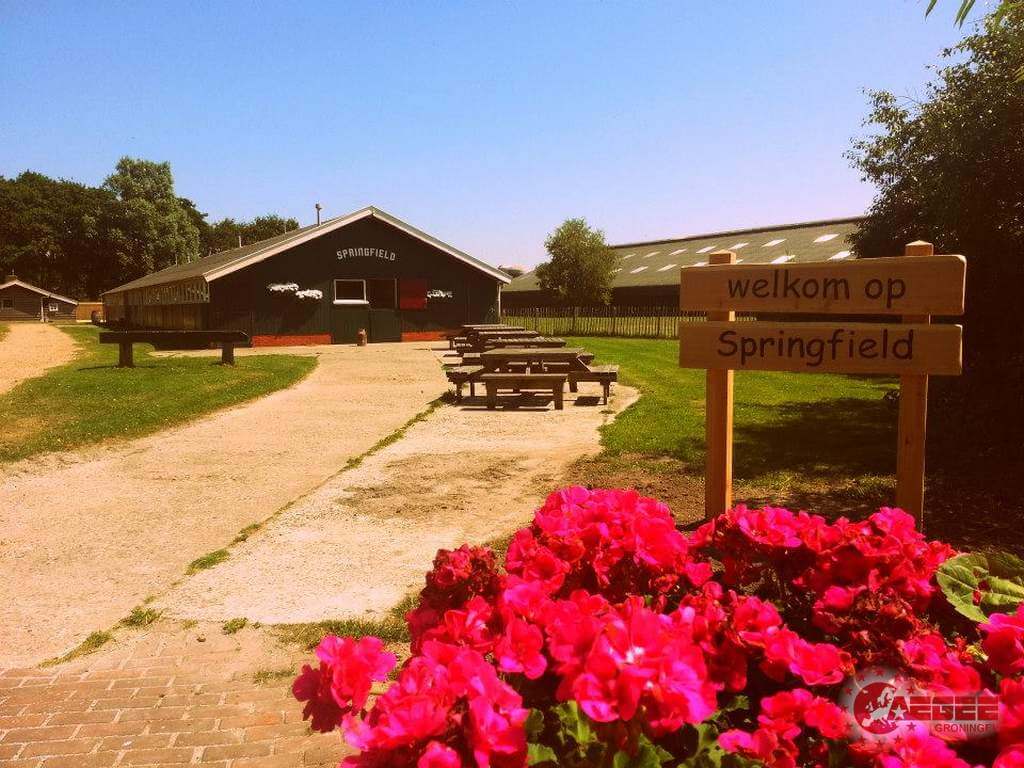 Together with about 40 to 50 people, we slept in bunk beds, had a campfire at the beach, a mud fight on the tideland and played card games and volleyball – it felt just like a school trip – if you subtract the beer and the partying. For me, Schiermonnikoog was probably the best part of this SU because we participants had the chance to be together constantly and create our first bonds of friendship. 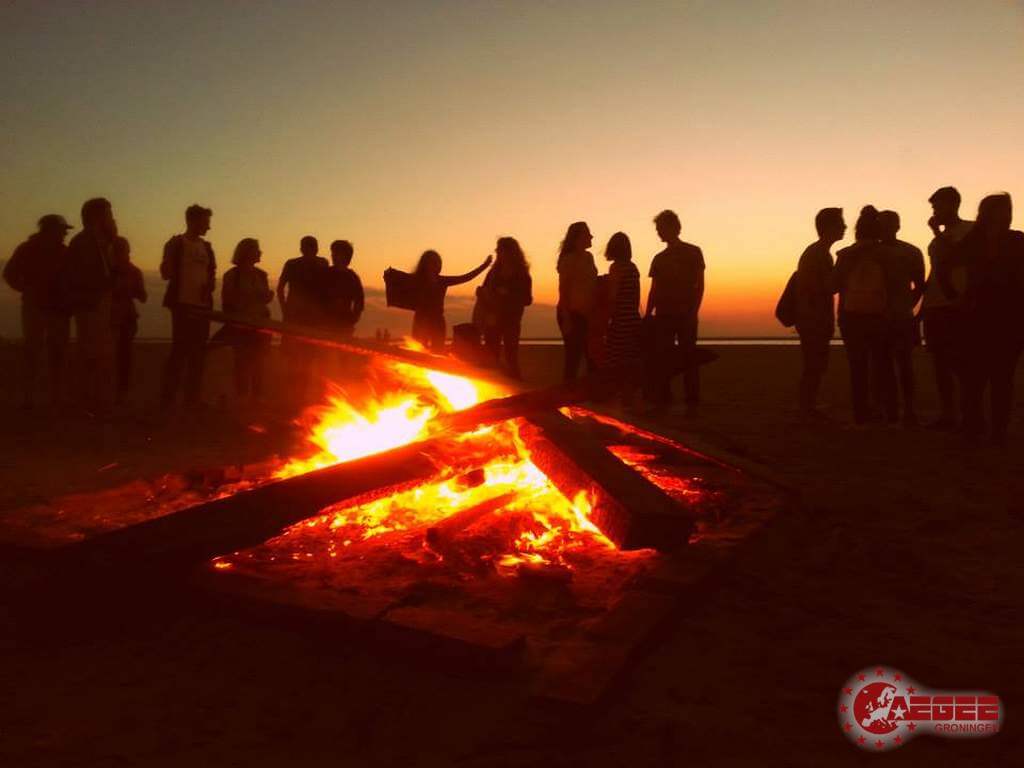 Parting was sad, but the next trip to Amsterdam was already awaiting us. As most of you would expect, this day was all about the topic of sex. We walked through the red light district, visited the sex museum and quite uncommonly, had a lecture by a retired prostitute. Anticipating a typical retired person, I imagined a grandma telling us her story – which would have been pretty weird. But the woman sitting in front of us was about 40; and even though it was interesting to hear her talk about having 20 clients a day and apparently enjoying her career as a sex-worker, I still had a hard time viewing it as a normal profession. The rest of the day, we had free time. So we walked by the canals and did some shopping before we had dinner at a restaurant, as always accompanied by some lip-smacking beer.

The Parties
Beer was also available at the numerous parties the committee threw for us. Three of them were theme parties, with the sex change party definitely being the funniest one. It was especially the guys that easily slipped into what they believed to be a typical girl’s role. Their understanding of a female, however, was a slight deviation from reality: they wore belts as skirts, sluttily wigglewiggling their buts at us “guys” while un-rhythmically playing the flute and bell rattles. 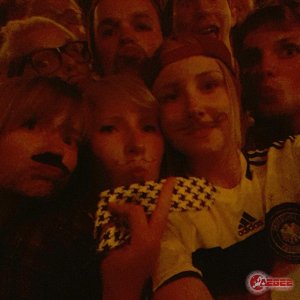 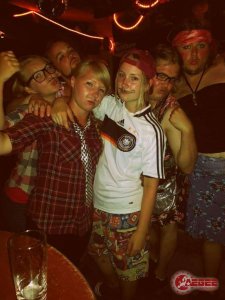 Not less amusing was the famous European Culture Night with an abundance of alcoholic drinks to choose from: Polish vodka, Dutch beer, Italian wine, etc. Especially the vodka was later that evening a famous drink to be used for taking shots out of each others’ belly buttons. As we partied nearly every night, the alcohol was a big help in establishing romantic relationships among us participants. In fact, with many people kissing more than one person, it ultimately resulted in a complex and at times chaotic love/flirt network. According to results of psychological tests that we had to take during the SU, in comparison to the male participants, the female participants kissed the most – which might be attributed to the fact that they also drank the most beer. And since these two weeks passed by so fast, it was already time to say goodbye during a last barbecue and party at our favorite bar (which hardly stinks of beer and throwing up). Everyone cried, and the picture was clear: we were sad, sad to go home, to leave behind new friends, to turn our backs on a wonderful summer. But, in turn, we would be happy to think back on this SU. On to weeks full of amazing memories shared with an amazing group of people, made possible by amazing organizers. Thank you again to Justin, Jildou, Anna, Sybren, Frank and Merel.