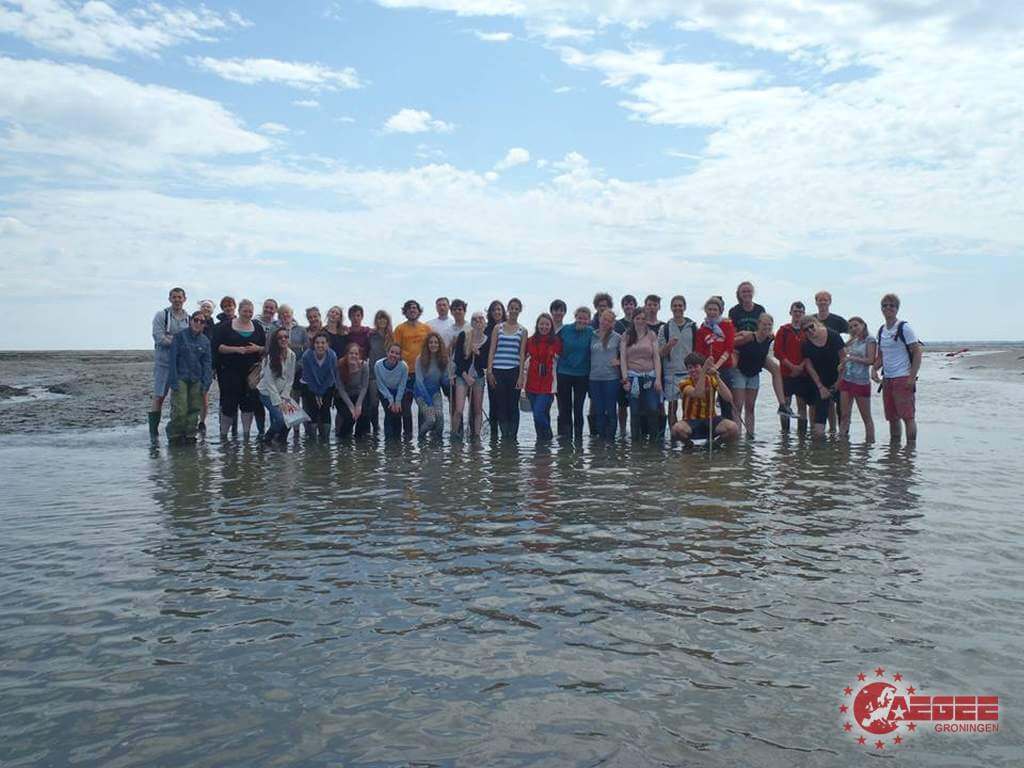 There are a million ways to tell this story. There is a myriad of vignettes swirling around in my head as I see raindrops trickling down on the glass of the windows and I am taken back to Groningen and all the amazing people there. Man, where do I begin? It is extremely difficult to convey an atmosphere through words, but I am going to try my best to take you on a personal journey to one of the most fantastic experiences of my life.

As all good stories, it all began with a train route from Schiphol. I was looking at the green and vast countryside from my spotless and silent cubicle, and I had a dozen questions. Am I going to get on well with the other participants? Are the organizers well-prepared and professional? Are the workshops going to be interesting? And most important of all: am I going to like the Netherlands? By the end of the SU, all these queries have been answered in the most positive way possible. 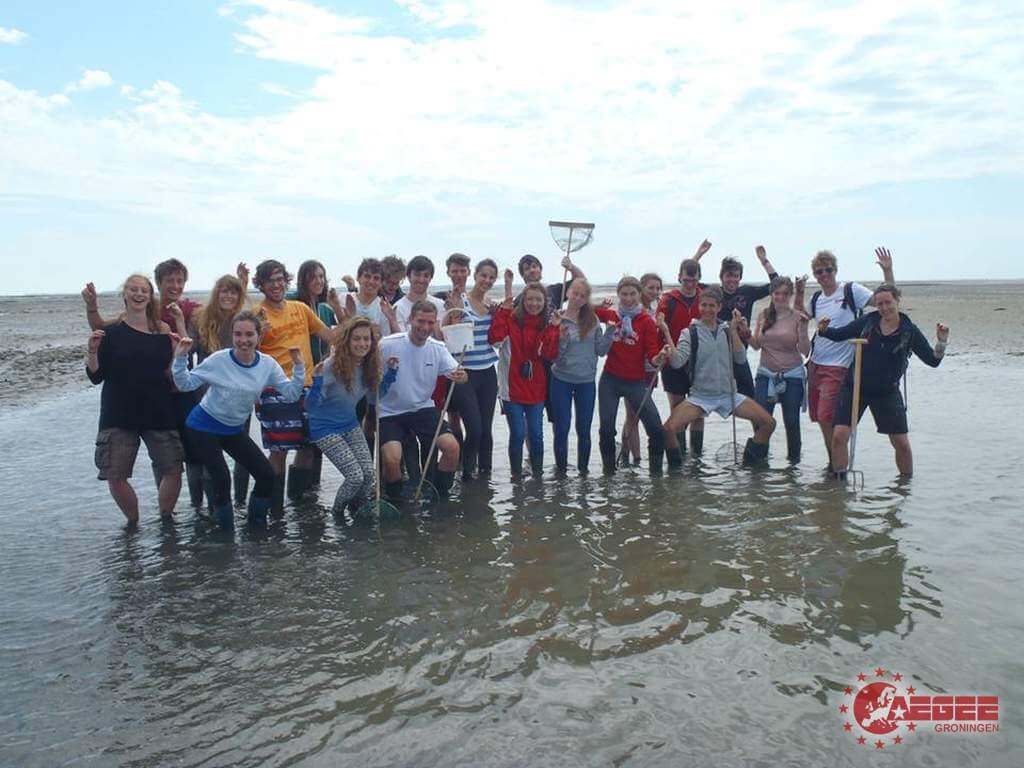 At the train station, I found Jane and Sabine standing next to their bikes and collecting participants, greeting me with a big smile and a slightly worried expression on their faces. Is everybody here? Did you have a good trip? Sure, sure, no problems encountered, and that is an understatement. Two hours in the country, I was already impressed by how the Dutch organize everything around themselves, how friendly they are, and how easy it is to get around anywhere. Order and peace all over the place, right?

Wrong! As we stepped out of the station, suddenly hundreds of bikers appeared driving past us with breakneck velocity and a crescendo of bike bells. Welcome to the Netherlands, pedestrians! Everybody says that there are a lot of bikes in the Netherlands, but you do not realise just what that really means until you experience it yourself.

At the office we went up a surprisingly narrow and creaky flight of winding stairs, and we came across some of the other participants and an energetic Jildert, who at that moment was flexing his muscles and shouting something in Dutch to an occupied Adriaan. Soon some beers and Chinese food appeared; Titus gave me a quick taste of his rusty Hungarian, while Miraya (whose blindingly blonde hair I could not get over for a few minutes) explained the mystery of the nicknames on their T-shirts. A lovely way to start a Summer University if you are asking me.

After introductions on the second day (when I got to know the sixth remaining main organizer, the charming Ronja), we went on a city tour and irrevocably fell in love with Groningen for the rest of our lives. From the top of the Martini Tower, we could gaze at the city and marvel at its sheer cuteness. But we could not wait to hop over to Schiermonnikoog, the place whose pronunciation we could never master. (This is not intended as an unfair stab at dear Daniele, but he was by far the most hopeless in trying to get it right. Actually the longer he tried, the worse it got, but we were all amused by his attempts nevertheless.)

Oh, the island. Serious football games, serious drinking, serious threat of werewolves among us, and serious battle for our balance in the mud. I loved the vast landscape and we were all surprised at the amount of wildlife in the ground – talking about wildlife, we actually got to become the wildlife of the island during a hilarious scavenger hunt, making fools of ourselves in front of all the peaceful and unsuspecting tourists. This goes to Esther, Katja, Berfu, Joel, Alex, and our leader, Bart: good job, guys! (Though we should have cheated even more.)

The island was the place for the first really drunk and trashy night, bonding, and wonderful conversations. I was even knighted by Her Majesty Amaya to be the knight of pálinka with the Royal Spoon (also functioning as a universal punishment device for anyone who spoke their native language). Yes, it was that crazy. 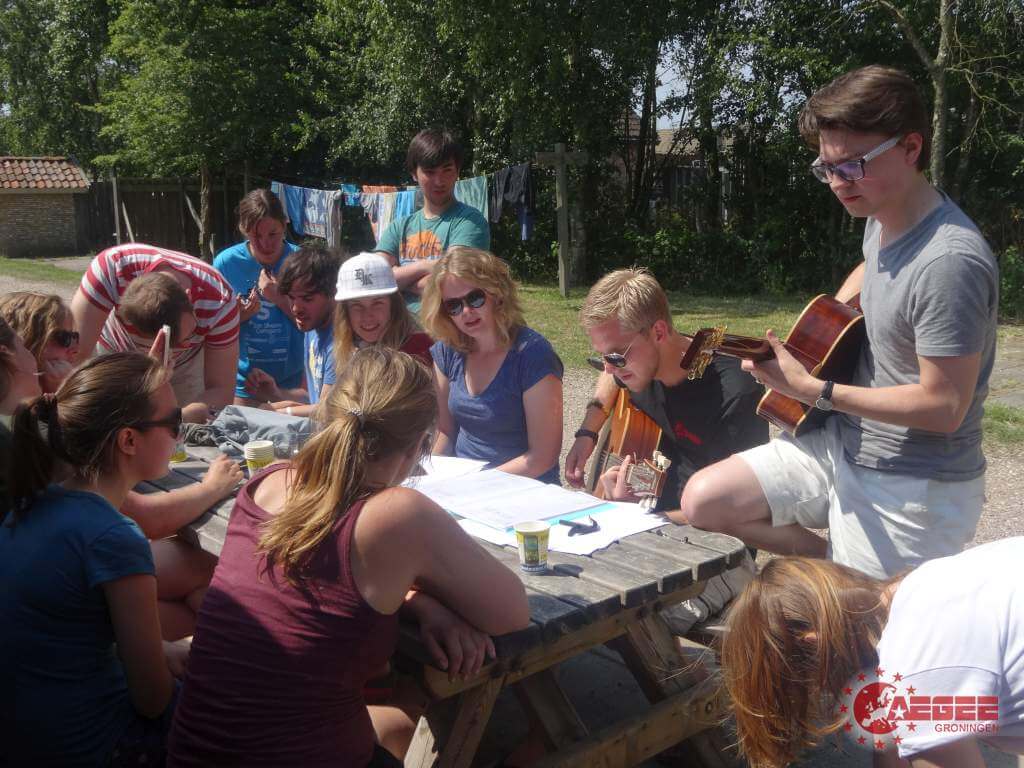 After getting back to Groningen we explored ORKZ, a truly trippy place run by a bunch of eccentric artists and open-minded people; an example to set for all the fans of sustainability and cooperation. We needed a bit of rest, because the next night was the European Night, where we first embraced and displayed our national dignity inside the context of the concept of Europe, and then we lost it completely as a result of the excessive amount of tasty booze presented. Kudos to everyone who did the European tour, including my wonderful roommates Roberto, Jairo, and Angel (whose language skills improved significantly in parallel with his alcohol intake). The party after it was a blast, I never imagined I would be screaming and dancing in the streets of Groningen with a mix of Spanish, Ukranian, and Moldavian people, drinking Yeni Raki and hitting each other with a spoon.

We were at half time and we never wanted to leave. The next day in the evening I got to cook a traditional Hungarian dish with an Italian and three Spanish people, we had a multicultural YouTube party, and listened to great performances at the band night. Then we took a train to the capital, Amsterdam, where we visited the stunning Rijksmuseum and wandered around in the city. Chilling on a pier was the perfect ending for the day, and next morning we created our personal trees with an imaginative and naughty solution by a particular group. Later that day we got to immerse ourselves in the awesome liberality and sexual freedom of the Netherlands, as we put our genders in the blender and went out partying as sexy boys and girls, with a little twist this time. As I was sitting on the back of Jildert’s bike, smoking a cigarette and driving through the city in one of Jane’s pretty dresses, it hit me: this is real freedom. The only comment we got for our appearances was from two young girls, who said that we were beautiful. I could not agree more. 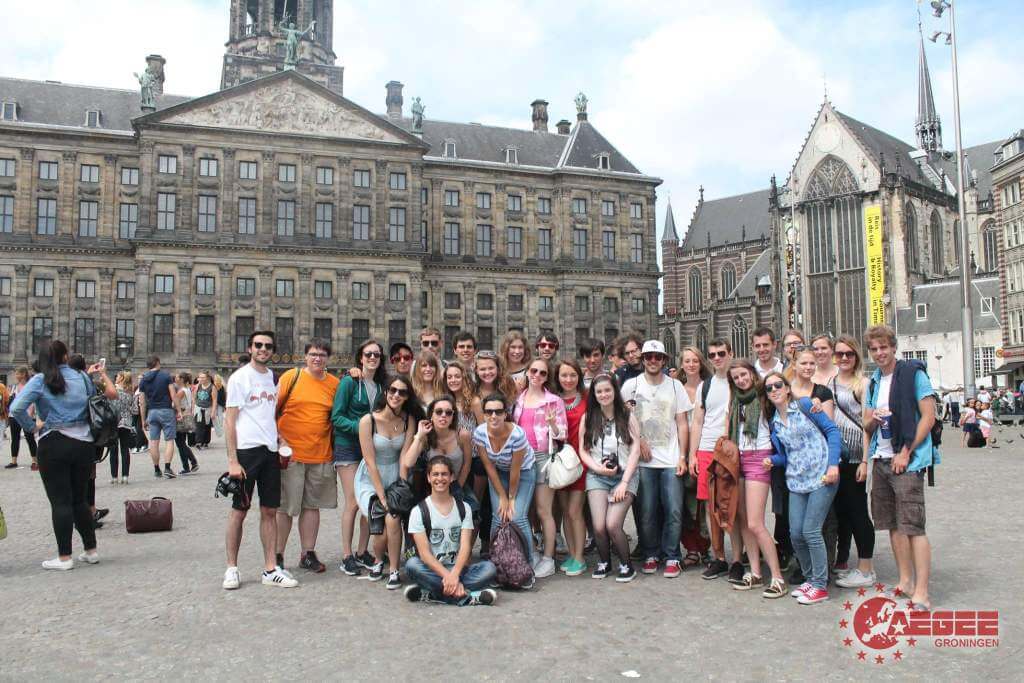 I am running out of space, and still have so much to say. Two days later I was canoeing in the canals of Groningen and fleeing from the vicious attacks of Angel and Jairo, who eventually got the heavenly judgement they deserved coming down at them in the form of a bucket of water administered by Lovro. The fancy dress party in the evening was again a long one, which for me ended by sharing a kebab with Alejandro and Alex at five in the morning. 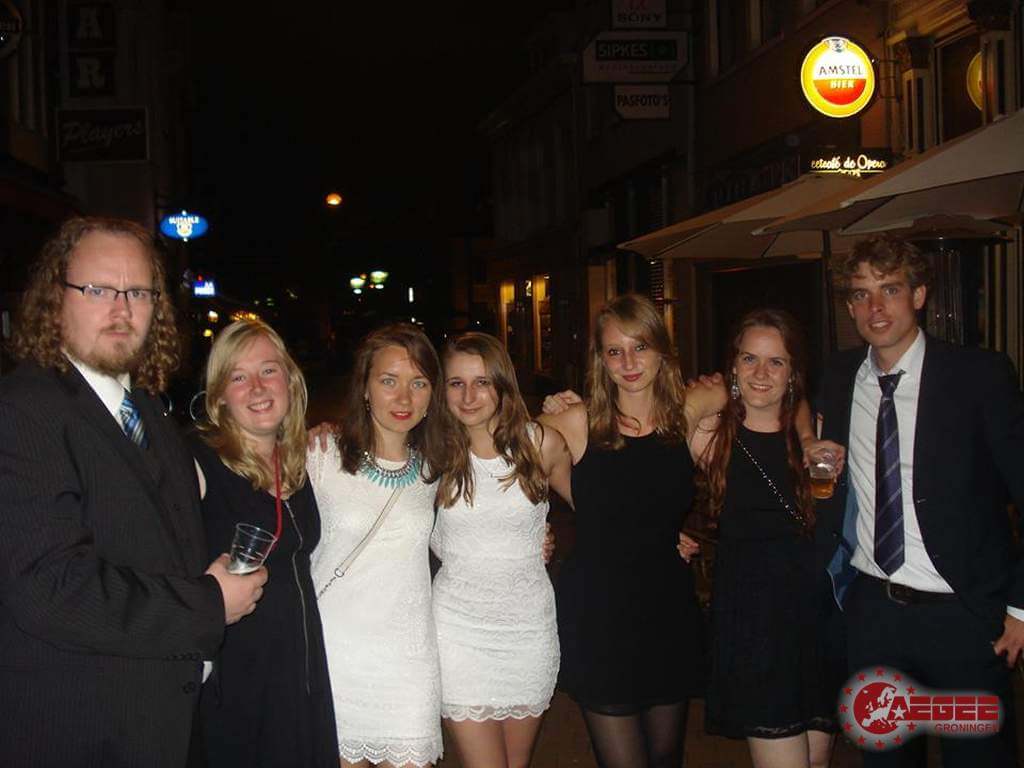 On the last day we said our goodbyes, shot each other in the face with water pistols as a form of fighting with our emotions. It hit us: it was over, and we had to leave. I have to say that I was devastated. I wanted to have another acting workshop, to decorate everything with graffiti, and most of all, to spend more time with this awesome salad bowl of people; I got to share moments with them I would never forget. From the workshops to the social programmes, from the food to the parties, a massive hug and thank you to all the organizers as well, who did a superb job and acted as our mommies and daddies for two weeks (even if we got on their nerves from time to time). There is no suitable way to end this article, so here goes an inadequate effort…

Goodbye everyone, see you sometime in Europe, and don’t forget: salsa, tequila, corazón!