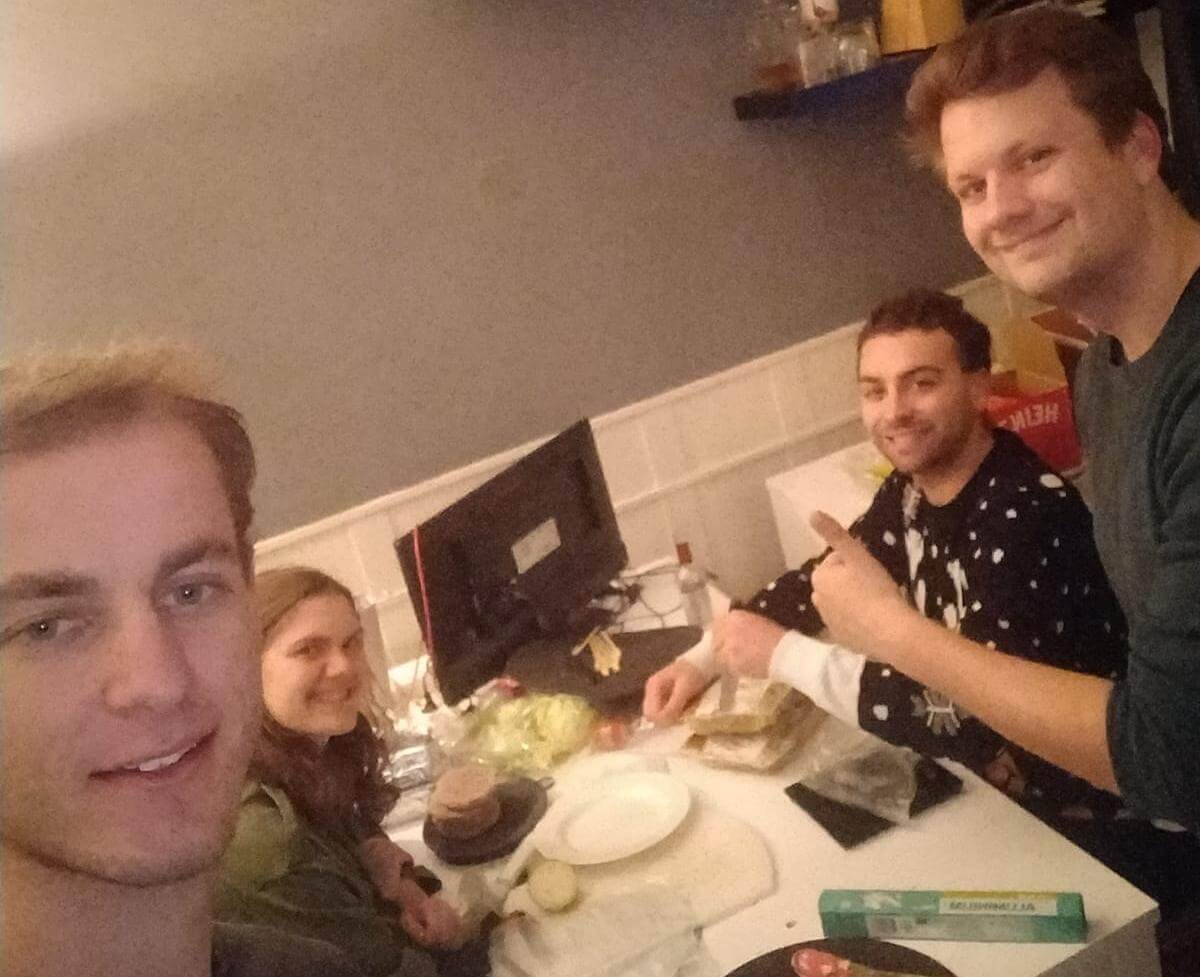 Since we cannot invite people to our amazing diners due to some pesky virus, we have to be creative. We obviously cannot sell you a cat in a bag by handing out bananas for 5 euros a piece. We have to be more creative than that! After several brainstorm sessions, we managed to come up with the perfect model for organizing diners during lockdowns. The key is to make sure people are not together. Who would have thought? So we did just that. Most of our activities this year revolved around us bringing your food to you. What you do with the food afterwards is your own responsibility, but we will guarantee it is tasty nonetheless.

This year the members of the Kookcie truly form a recipe for success. For starters, our chef cook president Jur. He is the only one of us with an actual culinary background. He has worked in not one but two kitchens!!! He is an expert in cooking rice in the number one Chinese restaurant in Lemelerveld and frying kroketten and frikandellen in Attractiepark Hellendoorn.

Zenthe is our PR-guy. He is an amazing addition to this team because of his recent obsession with fruits. He is so obsessed with fruit, that he even formed the Halli Galli genootschap to be able to play with fruit all day. Recently he shaved his head to be more bald than a kiwi. Furthermore Zenthe creates amazing logos and advertisements for our activities.

Isis makes sure everything is alright on the financial side. Next to that, she really makes worth of her name, since the brownies she made were the bomb! As she is from the south of our precious country, it is of course a bomb with a zachte G.

We also have Calvin, who is the secretary a committee could ask for. His notes are always of the highest quality ever seen. The only times people could top such elegance was… basically every time someone had to fill in for him, as he is sometimes busy doing amazing stunts on a gymnastic mat.

Niek is the best person for the Kookcie ever, mostly because with him around no food will go to waste and we don’t have to clean up that much. Which is very sustainable and as some orange man once said: it’s the best deal, maybe ever. He is a general member of the Kookcie, a position that every member of the Kookcie aspired to have. However, the board entrusted him the most for such an important position.

We as the Kookcie want to say one more thing: Hopefully, corona is gone by the time we have the end barbecue, so that the people of AEGEE can hang out with each other again. So stay safe and stay hungry!