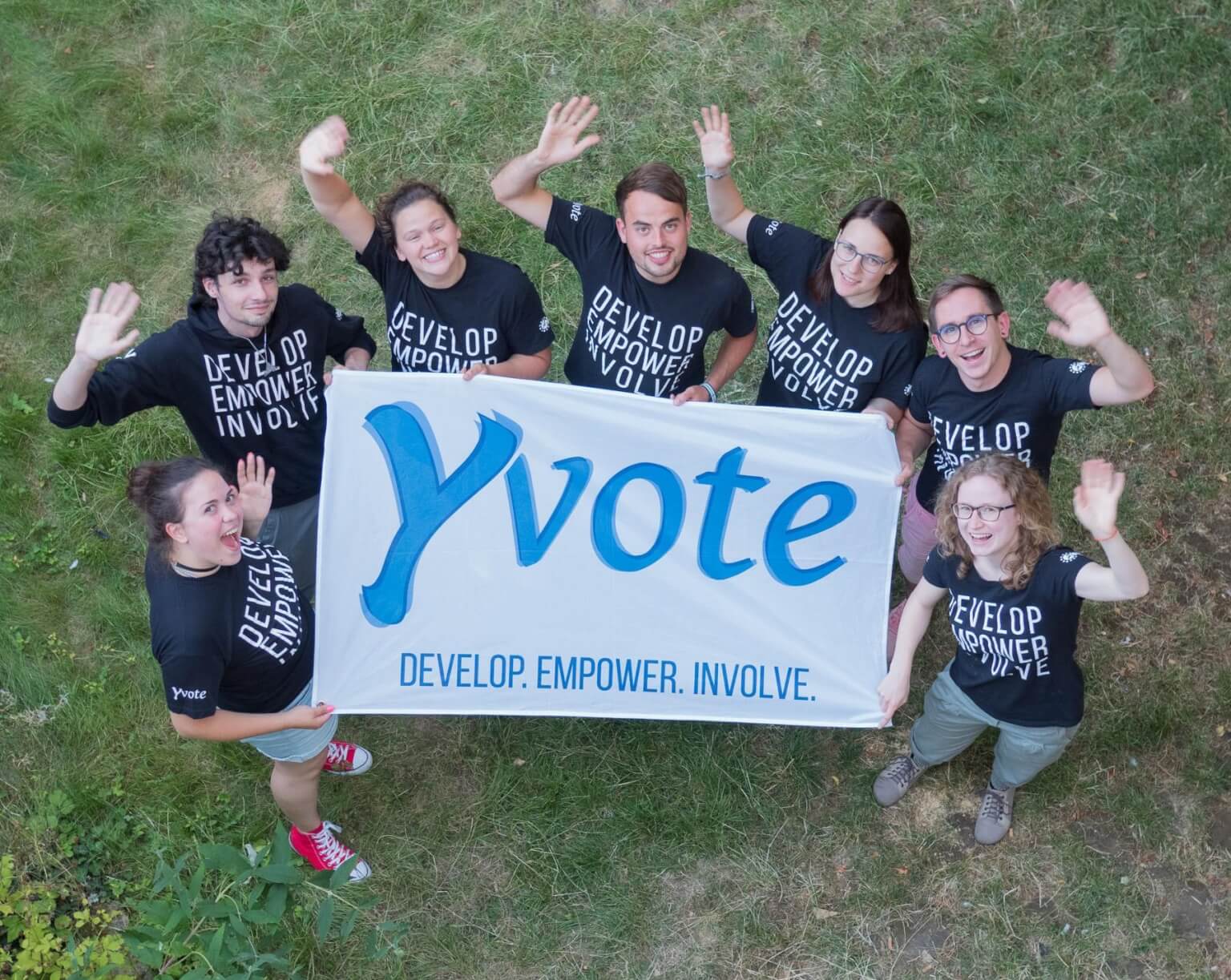 AEGEE’s mission is to empower students and young people in Europe to play an active role in society. It creates a space for dialogue and learning opportunities and strengthens mutual understanding amongst young people in Europe and beyond. As the AEGEE-Europe project for the European elections, Y Vote premiered in 2009, had a re-run in 2014 and is currently in its third edition.

Y Vote targets especially first- and second-time voters. The most important goal of the project is that as many young people as possible go to vote in May, are able to make an informed voting decision and feel the importance of political engagement on a European level for themselves.

Y Vote was created to contribute to the creation of a democratic, diverse and borderless Europe that is socially, economically and politically integrated. The involvement of young people in building and developing this Europe is extremely important.

To motivate young people to develop their own knowledge about topics that are relevant to them, the Y Vote project team organized conferences on the themes of the EU Youth Strategy, together with seven locals around the network. Participants discussed the functioning of the EU and the importance of an active civil society. Their active engagement resulted in Our Agenda For Europe, a list of recommendations from the young to policymakers.

Now that the elections are right around the corner, many people are becoming active in organising local actions to have as many people as possible join them at the ballots. YVote is eager to support any (non-) AEGEEan in this by providing help with materials as well as advice.

Y Vote will give one last push for an increased voter turnout for the European elections at Spring Agora București 2019. After the elections, the project team will be focussed on disseminating the results of the project to partners and politicians.