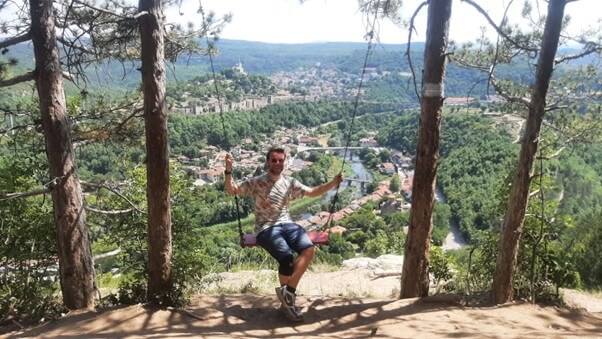 Gdańsk is an old town in the north of Poland. The city is something extraordinary, due to its colorful houses and vibrant city center. I traveled there with the Flixbus and it is easy to reach with a stopover in Berlin. In the summer, the neighboring town Sopot is one of the best places to be. It offers amazing beaches and a pier that reminds me a bit of Scheveningen. The nightlife over here is amazing. That, in combination with great Polish food, beers and Soplica make Gdańsk a place that I will go back to one day.

Either you will visit Bamberg by train, bus, or even hitchhiking, it is all doable within one day from Groningen. I did it all. I did not know much about the city, but once you arrive you will fall in love with the city. I visited the city a couple of times and still want to go back again. It is a place full of students, but it also has one of the highest brewery densities in Europe. It has its famous beer called Rauchbier, which I do not really like, but please do not tell them. You can drink it in the famous brewery Schlenkerla and the beer is over 600 years old.

It does not matter why you visit Budapest. Maybe because of its Ruin bars, spa resorts of cultural history. It has it all. I had the opportunity to visit Budapest three times, but still, I have not seen it all. It is easy to reach with the night train to Vienna and then a two/three hour trip by Flixbus or a train that has many connections during the day. Budapest is possible to reach by hitchhiking but probably takes you two days. Budapest is one of my favorite cities and every single day I spend there, I love it just a little bit more. Morrisons, Szimpla Kert, and Füge Udvar are one of the best Ruin bars that are open till late. Nothing better than relaxing the next day in Szécheny spa. Be careful with the Palinka, the traditional Hungarian drink that might be stronger than you think.

If you think of Spain, you probably think of the lovely Spanish language, beautiful weather, and amazing food. In Bilbao, you will be disappointed by the weather. In the north of Spain, the climate is much more humid, but do not worry, they still have a better summer than in the Netherlands. The Basque country, which has a different language, history, and culture is amazing to discover. And one thing you will never be disappointed about is the food—tapas, tapas, tapas everywhere. I felt twice as fat when I was on my way back. I arrived here by hitchhiking, but it is also really doable by Blablacar since that is quite normal to use in France.

You probably never heard of it, but it is my favorite city in Bulgaria. It has a lot of history, but also great nature and food. Do not skip the “love swing” on top of a hill with an amazing but too exciting hike (please do not die there). It is one of the oldest cities in the country. One of the highlights is the Tsarevets Fortress which not only offers just a great view as well but also has a nice light show a couple of times a week. Tarnovo has a train stop on the way from Bucharest to Istanbul and it is a great stop in the middle. From Bucharest, you have direct trains to Budapest and Vienna. It might be the furthest destination I traveled to by train and it can take some time to get there.

If you have an NS Flex or Student OV card, Bruges is one of the cheapest places abroad to reach. I traveled by train to Vlissingen, took a ferry to Breskens, and a bus to Bruges. It is easily doable within a day and if you have a Student OV card you will only pay for the bus when it crosses the border in Belgium and the ferry, which is a couple of euros. The city center of Bruges is much larger than I expected. With narrow streets and alleys, this is a place you will never forget. Plenty of old city gates and 16th, and 17th-century buildings. Don’t miss the city hall ‘Belfort’ at the Grote Markt. The city is a fairy tale including many breweries like my favorite; De Halve Maan. This is the brewery of the famous ‘Brugse Zot’, one of my favorite beers.

You might know these cities, yet the people who visit these historical cities are much more limited. Both cities have a large city center including nice museums that you can visit. Maybe you even need several days to explore it all. I would consider these cities the vibe of the Dutch golden age but is not limited to only their successes. A good example is a statue of Jan Pietersz Coen in Hoorn, who was a governor of the Dutch East Indies and an important player of VOC but also addresses the crimes he committed. The Zuiderzeemuseum, an open-air museum in Enkhuizen is one of the museums that you should not skip. It takes you about two and a half hours to travel there by train from Groningen.

Difficult to reach, but once you find it it is not even that problematic. Take a night train to Zürich, Innsbruck, or Munich and from there you can explore this little kingdom between Switzerland and Austria. I went from Munich to Feldkirch (Austria) and from there I took a bus to the capital Vaduz. Do not think it is a cheap place, but the landscape is priceless. It has interesting museums but I highly recommend exploring the mountains, including the Castle of Vaduz. This is the residence of the royals of Liechtenstein. You might even spot them. It is one of the smallest countries in the world and you cross the border without even realizing it. A nice place is the Alte Rheinbrucke, an old bridge on the Swiss border. From there you have a great view of Vaduz. 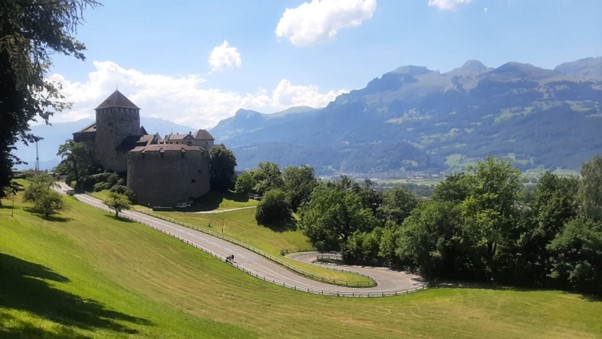 Yes, Sweden has more nice things besides IKEA, ABBA, and Stockholm. Göteborg is a very historic city with a lot of cheap activities you can do. It not only has a large zoo (Slottsskogen) that is free to enter, but also plenty of nice islands that are reachable by ferry for a couple of euros. I considered the Archipel like the Schiermonnikoog of Sweden, with these iconic wooden houses and it is very relaxing. From Skansen Kronan, a fortress on a hill, you have a great view of the city. Göteborg is reachable with a Flixbus from Groningen or even by train it would be doable within a day.

Of course, Berlin is one of the most vibrant cities in Europe. It has a lot of history, and interesting cultural hotspots and might be seen as the hipster capital of Europe. It is extremely accessible to reach by direct train from Amsterdam, Utrecht, or Hengelo and also by direct (night)buses from Groningen. You can spend an eternity here which makes it one of the best destinations to visit. You will find here the best Döner Kebab, but also offers a worldwide cultural cuisine that does not cost as much as you might think. Do not forget to do a Späticrawl (walking from a late-night shop with fridges full of beer to another one). In case you like Techno, this would be your dream with clubs that are open 3 days and nights in a row.