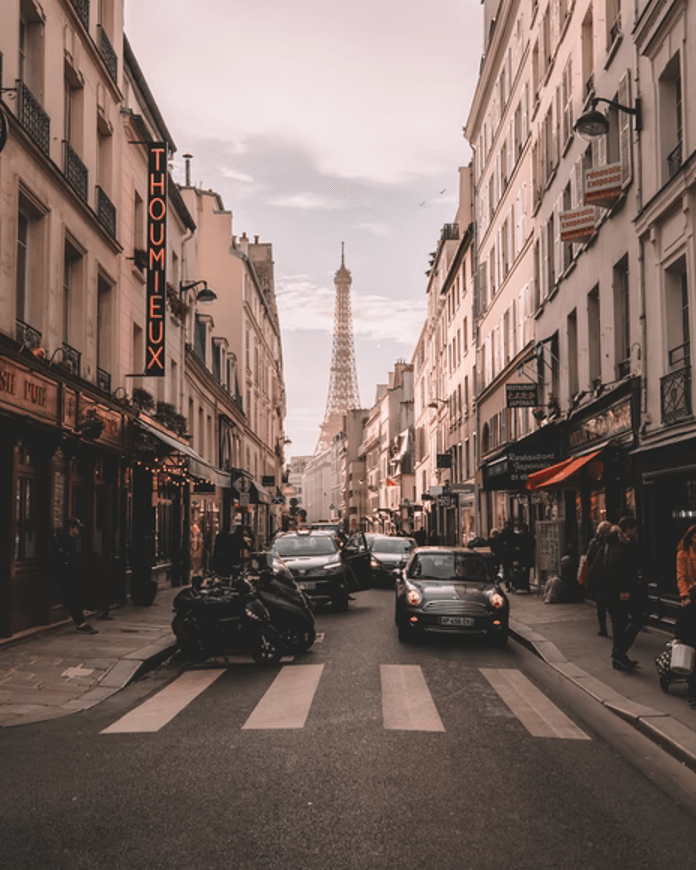 Europe offers many unique places, some of which you will visit or have already visited while being a member of AEGEE. But there are certain places that you definitely should have seen! This is why we came up with a list of our top 10 best cities to visit within Europe! It might give you some inspiration when planning your next trip ;).

Recent events have made the country of the United Kingdom less popular among Europeans (something to do with a certain Brexit and a large outbreak of Covid-19). However, this must not stop you from visiting one of the most important global cities in Europe (in the world even): London. Apart from visiting popular attractions such as the Tower Bridge, the Big Ben and Buckingham Palace, also take a look inside the many museums and galleries that London has to offer, such as the British Museum and the National Gallery. When you need a break from the rush of the big city, take your time to relax in Hyde Park or St. James’ Park, where you can feed wild squirrels if you bring some nuts. The cathedral of St. Paul is also worth the visit, because not only is it one of the most impressive cathedrals in Europe, it also provides a great 360-degree view of London on top of its dome (and it is the cheapest way to get such a view). And for Harry Potter fans, a trip to the Harry Potter Studios is a must-do.

Krakow offers the perfect city trip! The city is a vibrant student city and has a historic centre where you need some time to spend. For example, the ​​Kazimierz neighborhood, which previously was a Jewish quarter and nowadays offers a lot of museums but also bars and restaurants. Make sure you eat some lovely dumplings with some Polish beers! Nearby Krakow you have some interesting things to visit, for example the Wieliczka salt mines and of course the Auschwitz concentration camp. Make sure you take your time to visit this place, since you don’t want to rush, but to visit such a cruelty can be very overwhelming.

Fans of the TV show Game of Thrones might recognize the Croatian city of Dubrovnik as the fictional city of King’s Landing, but this city has much more to offer than just being a perfect filming location. The deep blue sea and red rooftops give Dubrovnik a stunning image, with the walled Old Town as its highlight. From Dubrovnik, you can book cheap boat tours to the many surrounding islands, with beautiful small beaches, forests and little villages. This is a nice change of setting from the crowded streets, as many tourists visit Dubrovnik every year. You can also take a cable car to the top of Mount Srđ, where you have a perfect panoramic view of the city. And, if you’re in possession of a driver’s license, you can rent a dune buggy and explore the surrounding hills on the Croatia-Bosnia border. By the way, don’t bother with booking a Game of Thrones tour in Dubrovnik, it is not worth the money (coming from a very trusted source).

Prague is just a marvelous city that includes every single aspect of an amazing vibrant city trip. The small winding streets, the Medieval churches, Prague Castle, and of course the most famous bridge; the Charles Bridge, are some of the city’s features that make Prague so beautiful. It is also the location for some good and cheap beers. Vytopna can be considered one of the favourites, where your food and beers will be served by miniature trains. During your city trip, make sure you try a Trdlo at least once (and don’t forget to add a topping) and for a unique experience, make sure you go to the KGB museum where you get an unforgettable tour.

Another global city on this list, Paris is a vibrant city and a major centre of finance, arts, fashion and science in Europe. When you visit the city for the first time, you will of course visit (or at least take a look at) popular tourist attractions such as the Eiffel Tower, the Notre Dame, the Louvre (the Mona Lisa is not that impressive in real-life, sorry) and the Arc de Triomphe. But one of the most impressive, and somewhat less popular, attractions are the Catacombs of Paris, with endless tunnels that hold the remains of more than 6 million people. In the evening, visit the hill of Montmartre (and the Sacré-Coeur) to get a nice view of the sunset over Paris. Everything in this city is easily accessible with the advanced metro system, so buying a multi-day ticket is worth the money. Lastly a daytrip to the Palace of Versailles and, especially if you’re a Disney fan, to Disneyland should also be on your to-do list.

Alright, Stockholm has three IKEA locations, but it has a lot more to offer. Make sure you visit the central Gamla Stan island. This is one of the oldest Medieval city centres of the world. You might spend a lot of time on this island. The other island you definitely have to visit is Djurgarden, which is known for the locations for a lot of museums. First of all, here you find the ABBA museum, but also the Vasa Museum. Here you find a real 17th century ship! Lastly, the metro stations are really unique. Especially Solna Centrum Station, Tensta Station, T-Centralen Station and Akalla Station are almost considered art.

Going all the way up to the Baltic Sea, Tallinn is a city you might not immediately think of when talking about the best cities in Europe. Nonetheless, this capital of Estonia is certainly worth the visit, as it has one of the best preserved medieval city centres in Europe. You can walk on top of many parts of the original city walls and its towers and visit churches like the St. Olaf’s Church, which was once the highest church in Europe. The upper town district provides some lovely views over the entire city. It is highly recommended to dine at the Olde Hansa Restaurant to get the most authentic medieval dining experience. While you’re in Tallinn, also take the opportunity to make a day trip to the city of Helsinki, as it is only two hours by boat across the Gulf of Finland.

The hipster capital of Europe has more to offer than just a couple of beers, a wall and currywurst. Germany’s biggest city attracts a lot of creative people and ensures many hotspots which can be visited. Make sure you visit Tempelhofer Feld, which is a park but was in use as an airport till 2008. Do not forget to make a walk on Unter den Linden and visit the major attractions like Fernsehturm, Brandenburger Tor, Berliner Dom and the Holocaust Memorial. For the best bars you have to go to Kreuzberg or Friedrichshain, where you also find the best and most exclusive clubs. Lastly, if you haven’t eaten a döner kebab (Mustafa’s Gemüse Kebap!) or explored the city by U-/S-Bahn, you have not experienced Berlin.

In Bucharest you find everything you want. During the day, this city offers nice parks where you can walk or even rent a boat! A lovely place where you can do this is the Cișmigiupark. One of the oldest restaurants of the city is Caru’ cu Bere and it has served food since the end of the 19th century. Cheap and good food including singers and dancers make the ambiance a tremendous experience. The city is inspired by French architects and still has its influence from the communism period. One big example is the Parliament Palace and this is one of the biggest government buildings in the world!

When talking about touristic hotspots, the city Venice is probably one of the most famous ones in Europe. And it is not that strange, given the unique atmosphere of this ‘Floating City’; the many narrow canals, small bridges, imposing churches and lively town squares make Venice a place you must visit at least once. And with the continued subsidence and climate change affecting the city, visiting Venice in the near future might become impossible. The trick is to visit Venice outside of the regular holidays, preferably during September or October, when the weather is still nice and the tourists are gone. A sudden pandemic of some kind might also result in less crowdy streets of course. And while you’re there, don’t forget to get a ticket for the public waterbus; it is the cheapest way to get some amazing views of Venice from the open water.