Many of our AEGEE Members are incredibly interesting and immensely talented people, which is why we love to post articles about them. This week we invited musical mastermind, Kalle Aaltonen to tell us about his project and the process behind it. 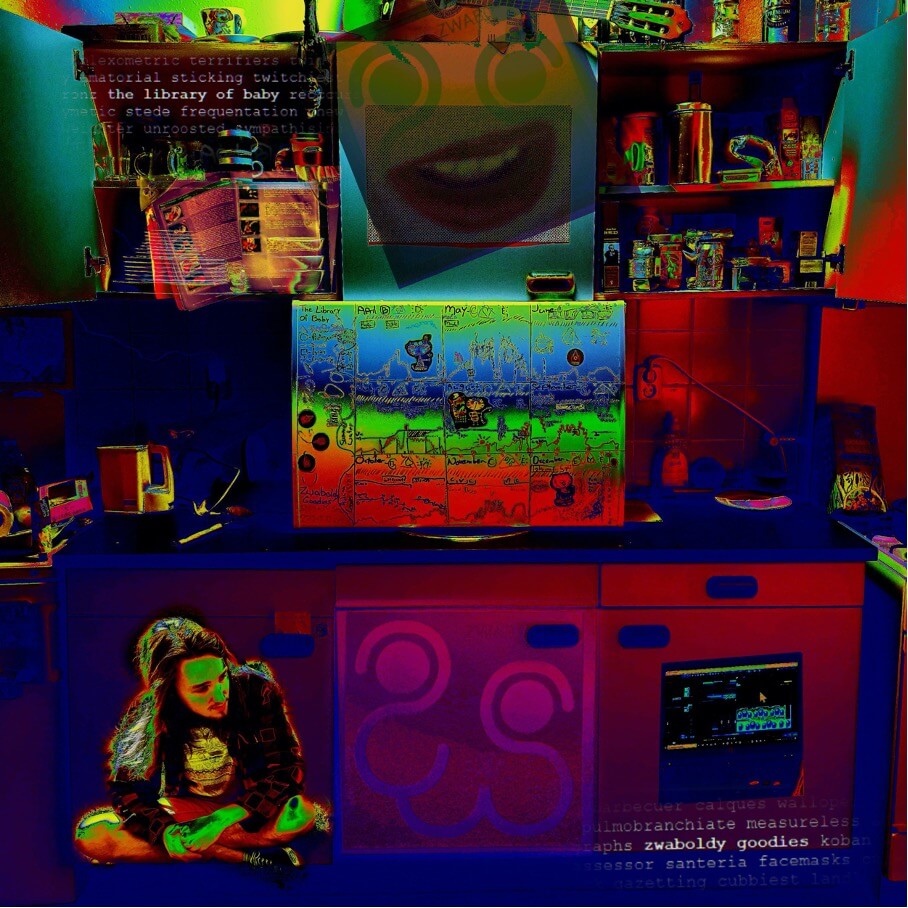 In the last two years of my study at Prins Claus Conservatorium, we were expected to work mostly on our own projects. At first, I had no clue what kind of project I wanted to do. It was the start of the lockdown in March 2020 when I got the idea of making an album based on this Japanese artist called 3776. The numbers reflect the height of Mount Fuji in Japan, which is exactly 3776m!

3776 has this album where every day of the year is represented in their songs. Every single day of that year is 12 seconds in the album and there are 12 songs in the album for each month. Additionally, each song is either 6 minutes or 6 minutes and 12 seconds. To me, this was an awesome way to limit oneself and still be able to express yourself through music. This was something that struck me so much that I wanted to create something exactly like this.

But an album reflecting 12 months would be a really long album, which would have a playtime of over 1 hour.  I quickly realized that we were 9 months away from the New Year. A human pregnancy lasts nine months and after delivery, the baby has a new beginning. Just like everyone has a “new beginning” at the start of the new year. Somehow all these ideas came together in such a way that my new music project was born!

I considered my album to be my child and I took the physiology of pregnancy as an inspiration. For example, I borrowed my friend’s biology book and studied what functions the fetus develops during each month in the womb. I tried to reflect these functions in the lyrics and sounds. For example, the second month is when the baby’s heart starts pumping. To incorporate this in my music, I added a rhythmical theme in that song, which reflects the rhythmical beats of the heart. I also added one slower and one faster beat, which matches the mother’s and baby’s heartbeat respectively.

As you see I tried to fuse a lot of symbolism in my songs. This makes the lyrics quite often vague, but makes the sounds and lyrics interpretable in many different ways. This is exactly what I was striving for, because I want other people to be able to find their own meanings in my songs. This is exactly the aim of my album. People can just listen to the music and go with the flow without thinking too much about it.

There are many different genres that come by in my album. Piano and singing are the core of my music. That’s why I often start with the piano and slowly add electronic, synth or drums. And then I just kind of let it flow to different genres. For example, there is a song in the album that goes from ambient to drum and base to reggaeton.

The fourth song, reflecting July, is definitely my favourite one! The first three songs in my album are basically just me singing and playing the piano with some electronic sounds. But the fourth song is the first song in which my friends play the bass and actual drums, that fade in as a contrast to the sampled drums that were present before. Although this song hasn’t many lyrics, it definitely got a nice flow, by starting out one way and eventually the bass and drums come in. This makes the song very special to me. 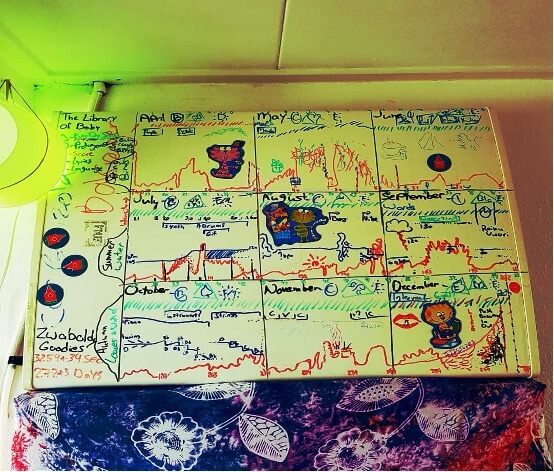 In this picture, I drew a visual score of the album, where each row is assigned to a season during the nine months of my pregnancy, with sounds that I associate with them (birds for spring, water for summer). The red line shows dynamic range, and there is a lot more info, like instrumentation, tempo changes, and even the days and minutes counted.

The lockdown actually worked out really well for me. Not being able to do all the normal stuff like going out made me have a lot of time to work on my project. I often have trouble finishing things that I start, but this album felt like my own baby. That gave me the strength to finish it on time within nine months! At one point I even made this notion for myself that If I didn’t finish the article within the nine-month time frame, the “pregnancy” would lead to a miscarriage. That was also an extra little push for me to finish the album on time.

It was a tough job to make sure that every song was exactly six minutes. Very often I had to find ways to extend songs or to cut a part off. The time concept was limiting me so much that it actually made me feel freer to try different sounds and to not shy away from going from one crazy sound to another and to have different music genres merged together.

I’m thinking about publishing the album in a physical form, but I’m not quite sure if that will be happening in the near future. The main reason for this is that I don’t have a website or a Facebook page for me as an artist yet. I’m currently working on my personal logo as an artist. These are the things I want to get finished first before I publish my album. But my album is already out on Spotify!

Click here to listen to Kalle’s album on Spotify!