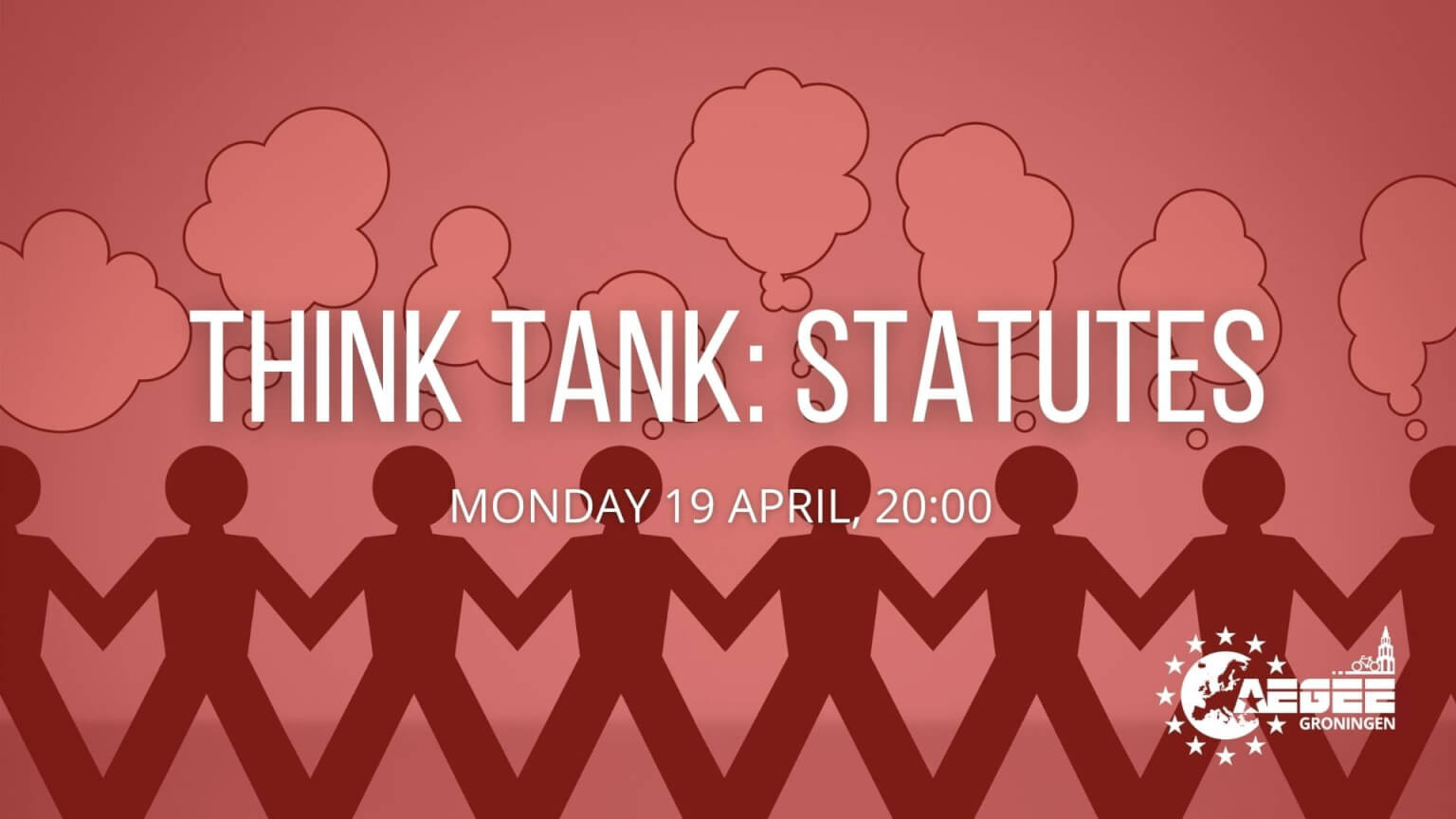 On the 19th of April, a Think Tank was held concerning a possible statutes change for AEGEE-Groningen. The main goal of the evening was to gather information and suggestions from members and to gather the general feeling towards adapting the statutes.

During the evening, we discussed the previous statutes change, including the process and the vision with which the current statutes were written. We also explained the reasons why we, the current board, are orienting on a possible change. This includes ensuring the future health of the association with regard to for example subsidy applications. The process, and steps which still needed to be taken were discussed as well. Furthermore, attendees were encouraged to ask questions or give suggestions.

After introducing the topics and explaining the situation, we moved on to discuss possible changes which could be made to the statutes. For example, including the non-profit basis our association works on, including gender neutral pronouns, and making adaptations concerning the workings of the board. During the meeting an unofficial voting was done which showed that the majority of the voters were in favour of a statutes change.

The members had time and opportunities before the Think Tank by sending an email, and during the meeting to give input and comments or ask questions. These are taken into account, discussed and implemented in the advice which will be given to the XXXIV Board concerning whether or not to continue the process. At the end of the Think Tank, members were also encouraged to reach out with any further input. The Board will shortly discuss the results of their Think Tank, further progress and their advice at the Election GMA on the 21st of June.