10 pictures from board year XXIV, by Ante S.

My name is Ante and together with Janne, Jorrit, Katinka and Sahar, I formed the XXIV Board of AEGEE-Groningen in the academic year 2011-2012. It was an amazingly intense and unforgettable year, with a lot of different activities. With the five of us we laughed, cried, argued and partied. Thanks to my board year, my memories of Groningen are forever connected to the Office (and basement) on the Sint Walburgstraat, the many European Culture Nights in AC de Holm, diner at the Globe, socials at the Ome Ko (the Brouwerij), partying in the Warhol and the many active members of AEGEE-Groningen. We are still making it through every Christmas (the rumour that our board wouldn’t make it through Christmas has become a running gag) and we have truly become friends for life. Choosing 10 pictures from 10 years ago is almost an impossible task! 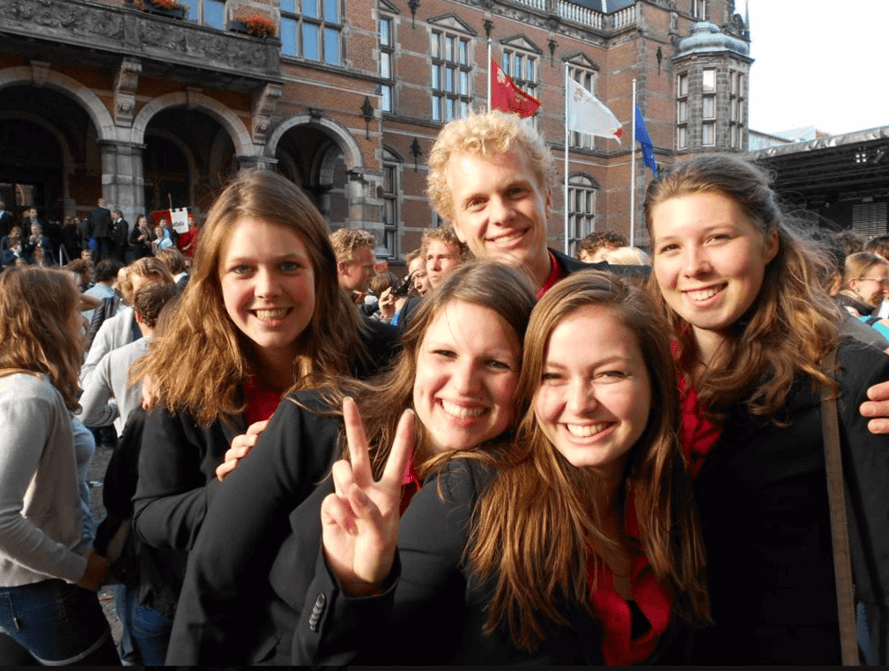 1. One of the first activities during our board year was the opening of the Academic Year. Together with the other student associations of Groningen we stood in front of the Academy building, singing the ‘Io Vivat’ and ‘het Grunnigs Laid’. We didn’t know many boards from the other associations back then, but that would change in the months to come with the many constitution drinks that we visited. Sahar was a welcome and popular guest and even became an official member of the cross-board Buffalo-society. 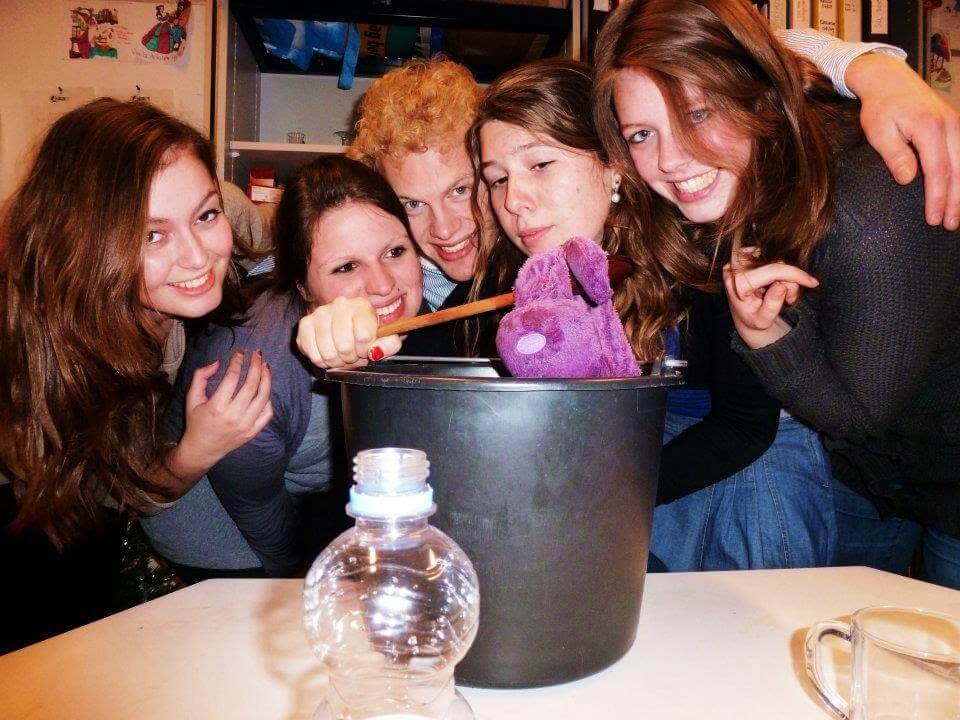 2. Our first constitution drink was in Delft, with AEGEE-Delft. In Delft we also met with the other Nedertop locals. During this drink, we made an unforgettable first impression. While I was signing the constitution book as Secretary, I sneaked the book past the guarding members to Katinka, who used her korfball-skills to throw the book to Jorrit. He took off and ran around the Nieuwe Kerk with the book. Our very first ‘brasactie’ on our very first constitution drink was glorious! A month later AEGEE-Delft managed to steal our flag during our own constitution drink in ‘t Fust. As compensation, we created the (purple) mascot ‘Aletta, the Kangaroo’ and introduced her in Delft. In short, this was the beginning of a very special relationship between the boards of Groningen and Delft. 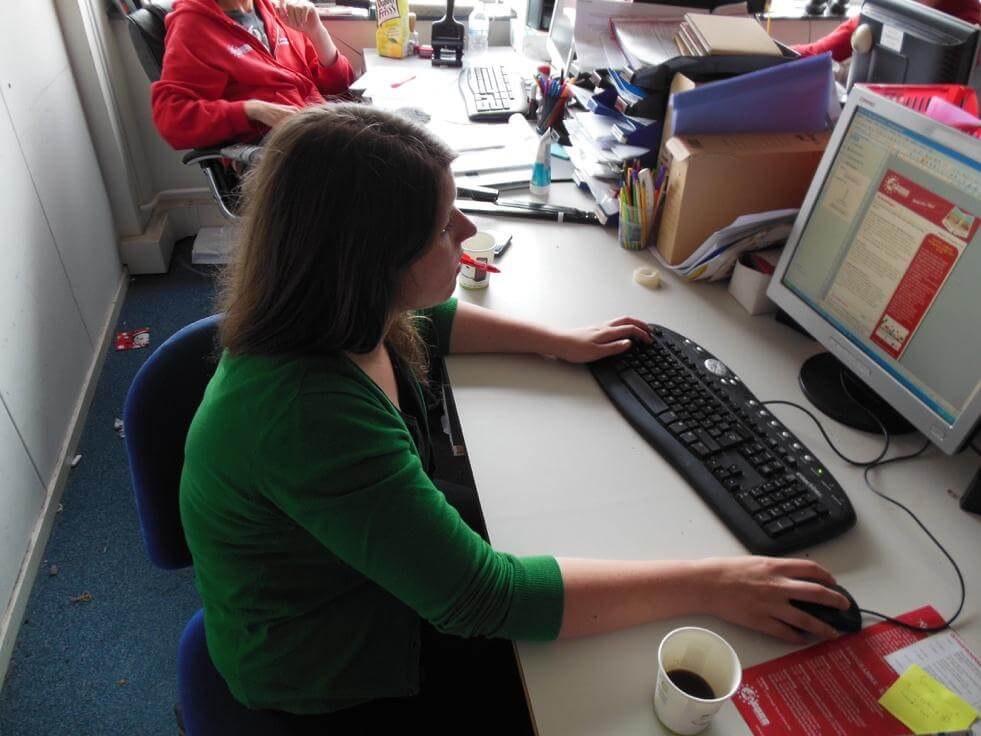 3. In our board year, the Office became our second home. Just like in the new Office on the Pelsterstraat, we had two rooms in the old Office on the Sint Walburgstraat; an actual office and a meeting room. Members often visited us for a cup of coffee, a casual conversation during study breaks, or just to do tasks for the association. Every Tuesday morning, we held a board meeting with a strict order of agenda points. Effective to some, super boring to others. Jorrit and I usually stayed the entire Tuesday (often till midnight) at the Office to work through all the action points. During those evenings, many litres of coffee and tea and many grilled sandwiches have been devoured. The pinnacle of these evenings were our own experiments; like grilling hamburgers on a sandwich iron or boiling sausages in a kettle. To this day, I still have a self-imposed coffee-tax because of this. We kept positive vibes thanks to the ever-growing board playlist on Youtube, or by visiting our neighbours of the Studentenkrant. 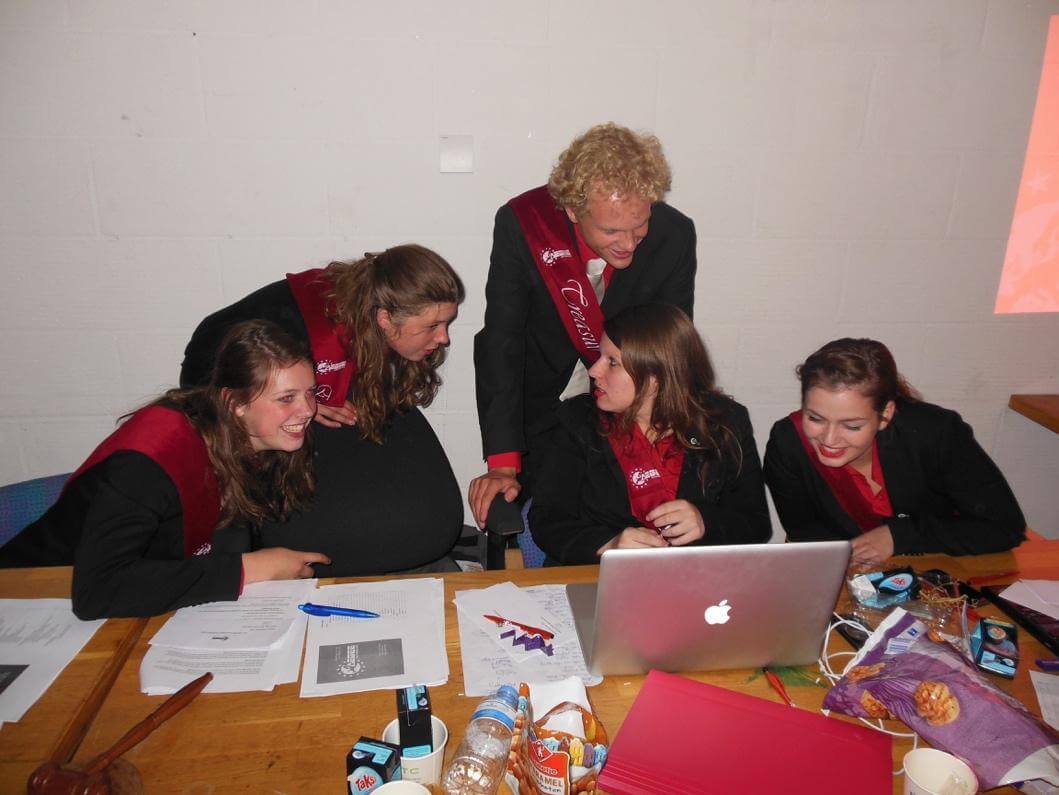 4. As a board we organized eight GMA’s and a Nedertop. At the end of the year, we were true meeting experts. The most maddening highlight was having four GMA’s in one evening with a sufficient quorum to change the Statutes, which guaranteed the necessary CUOS-contribution for the future. While I didn’t realize it during my board year, I have learned a lot from these experiences. Among other things, I learned how to deliver a message and how to deal with criticism. Having effective meetings is an art and during my everyday life I came to understand that a lot of people still haven’t mastered it. So it’s a learning experience for life! 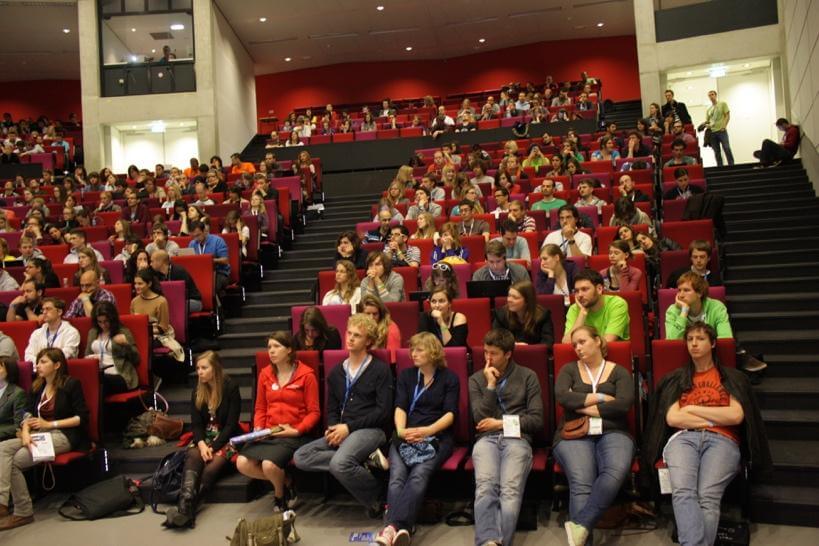 5. On a European level, we were present during the statuary events; two Agoras (in Macedonia and Enschede) and an EBM (in Izmir). The best part about these events is the feeling that you really are part of a European student association. For me, increasing the mutual understanding between European countries and understanding the situation of other European young people is the greatest strength of AEGEE. The Agora in Macedonia has become unforgettable, thanks to the terrible organization and the impossible, but beautiful, location (at Lake Ohrid, in an abandoned Yugoslavian hotel, surrounded by stray dogs). Janne and I almost didn’t have to pay anything for our days in Macedonia and our trip left us with an unvarnished love for Boney M. To me, travelling to these locations perfectly reflect the necessary AEGEE-skills; adapt, have faith, stay positive and then everything will work out in the end. During the EBM in Izmir, it was our main responsibility as board members to think about the strategic course of AEGEE. I vividly remember a plea from a soon-to-be CD member from Hungary, who defended the limitation of freedom of speech by the Orban government, and a member of AEGEE-Ankara, who thought that AEGEE should become more inclusive by organizing parties where everyone dresses and acts like LGBTI-people. I’m really curious if they still have the same point of view… The organizing team of Agora Enschede made it possible for Franck Biancheri, who was very ill, to come to Twente. He was one of the founding members of EGEE (before it became AEGEE) and he was the first CD president. This man pleaded in spring of 2012 for a Europe with two different speeds. This plea was negatively received by the locals within Southern Europe, as well as AEGEE-Moskva. To this day, I often think about his speech. Shortly after his speech, Frank Biancheri passed away. 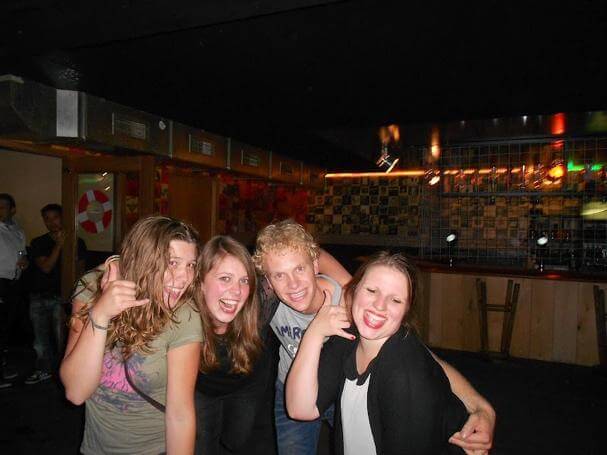 6. Springfield and Schiermonnikoog are inseparable from AEGEE-Groningen. I’ve probably travelled to the island of Schiermonnikoog three times during my board year. My backpack was stuffed with smuggled goods like peanut butter and jam. The campfire, the Toxbar, the ‘fox hunting’, Export-beer, grilled sandwich hours and Jungle Speed; all very good memories! 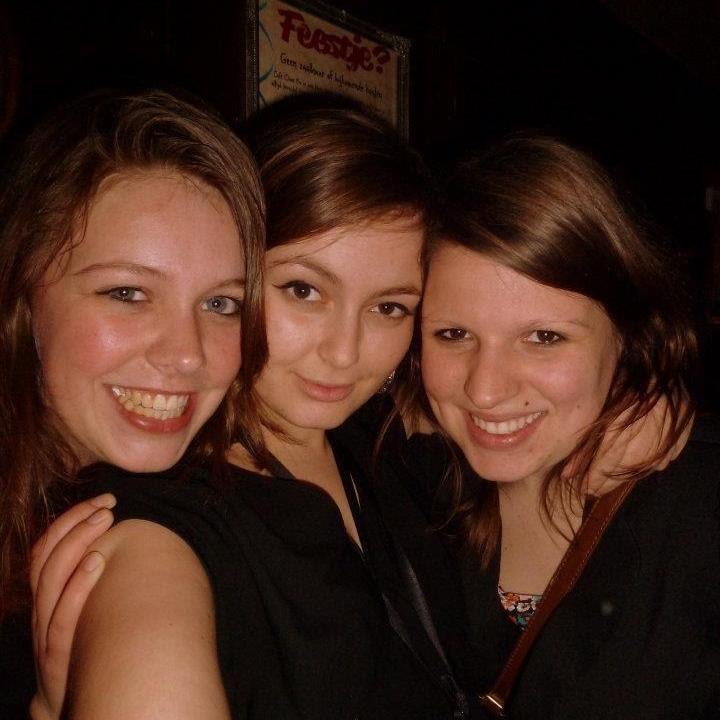 7. The main weekly activity of AEGEE-Groningen was the social drink in the Ome Ko (it is now called the Brouwerij). As board members, we were expected to be present at 10 pm sharp (or at least some of us) and we would then drink our first beer of the night at the bar with Joachim. Katinka made sure that the European activities calendar was present in the toilet, while I had the registration papers ready for any possible new members. Sahar had a good connection with the owner of the bar, Jan, and he managed to get snacks from time to time. During the social, we tried to socialize with all our members and we usually ended up in the Warhol. The five incoming exchanges also always spent at least one night in the Ome Ko. 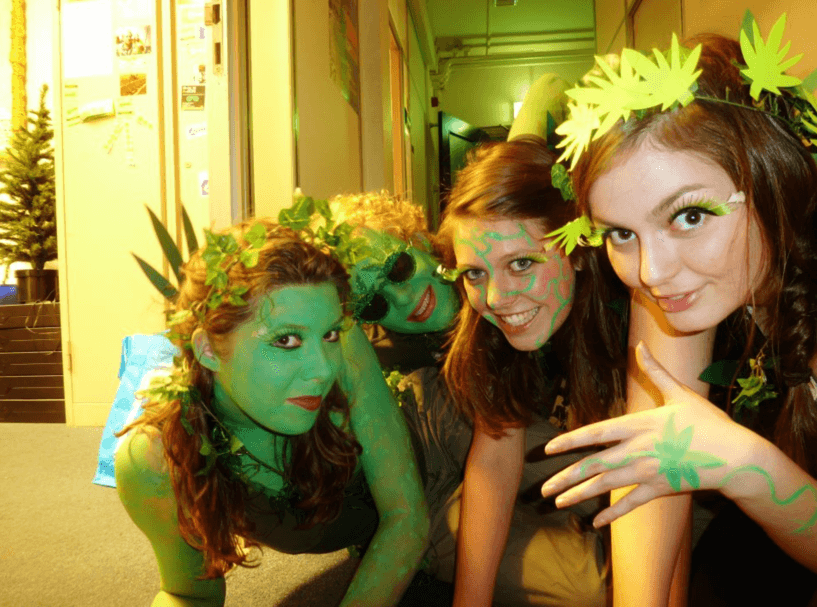 8. Studying and partying. As a board member, you get to see a lot of parties. Whether it is an Agora, a SU, an incoming exchange, a European Event, an ‘Uithoekenfeest’ or just a party of the Activity Committee, there are plenty of reasons to find a suitable outfit! In our board, the outfits of Sahar always looked stunning, while Katinka usually decided to take it one step too far to the point where it turned out to be straight up creepy.

9. There certainly is no lack of local activities! In October a Cantus was organized by Dizkartes. A couple of people from Enschede even decided that this activity was worth the effort to travel to the high north with their own van. In December, Sahar agreed to organize a Serious Request Nedertop hitchhiking competition, together with AEGEE-Leiden. Every Dutch local joined in on this competition to visit as many Nedertop locals as possible in one day. AEGEE-Groningen also helped organize the Galant Gala. During the second introduction period of the year, a picnic in the Noorderplantsoen was organized, among other activities, where the indispensable pasta salad was served while guitar songs were being played. We also organized an LGBTI pre-event, together with Ganymedes. One of my committees, the Yearbook committee, organized an amazing fundraising party. The KEI-parade was probably the most special local event during my board year; it was one of the last activities, where members of the association paraded through the streets of Groningen while convincing KEI-participants to join AEGEE-Groningen as well. 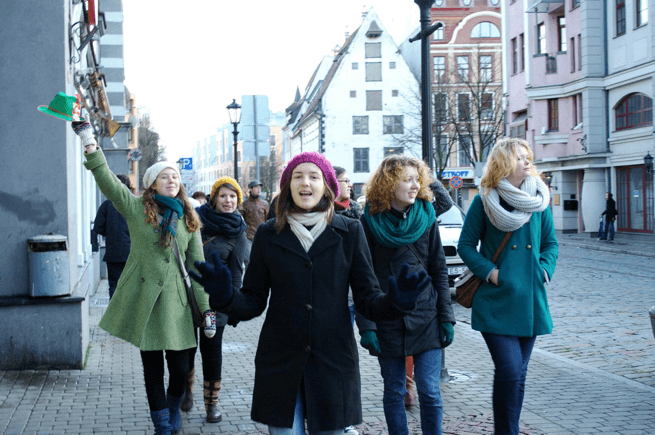 10. The most important part of AEGEE-Groningen is the cultural exchange, meaning traveling! In the year 2011-2012, our association organised different hitchhiking competitions to Darmstadt, Berlin and Zagreb. There were also excursions to Milan and Riga. The traditional trip to Brussels was combined with a visit to Leuven. During these trips, we met old and new acquaintances and I have a lot of beautiful memories of these trips. These include drinking green beer in some shady bar, passionately singing along with Mr. Brightside, the most delicious ice cream in Milan and the famous quote: ‘’No, Katinka doesn’t know where to go. Katinka has never been here either!’’ (coming from Katinka’s mouth).