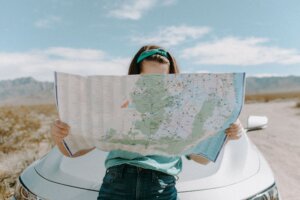 Welcome you lovely reader. We think we speak for a lot of people if we say that we are a little bit ‘corona tired’, but hang in there. You got this. For now, let’s go back in time to some of our best travel memories. First up, Mark!

It was during the Autumn Agora Chisinau in 2016, where I experienced one of the most awful events I ever have seen. A lot of strange stuff happened during that trip, like when I woke up in the gym, some local shot putters were practicing, or that moment that we saw stray dogs running after us. It also wasn’t that moment at the club when someone put the floor on fire with burning Absinth. No, the most horrible event was at a restaurant, when we ordered a couple of Grolsch bottles – Yes, I know Grolsch in Moldova – and the bartender opened my dear swing-top bottle with a tool.

One of my nicest moments of the Lustrum trip in 2018 was actually walking on the rooftops of Jerusalem. Feeling the historic atmosphere and the importance of the city. It was really nice to watch the city skyline from a unique point of view. The trip had many highlights like swimming in the Dead Sea was one of them. Many people make the standard picture with their bachelor’s degree at the Academia building, but my picture was made here.

Sunny Beach! Yes, but this time the real one! During my Summer University in Bulgaria, we want scuba diving in the Black Sea when we were in Sunny Beach. It was awesome. Next time I hope I will get some better instructions, since half Bulgarian/English is not my best language skill. I don’t know how, but it went smoothly for me and I even got to see a sea horse at 5-6 meters below the surface!

This one I’m sharing with Mark (although I did not take a picture with my bachelor’s degree in the Dead Sea). The Lustrum trip of 2018 was a very very special one. First, we visited Tel Aviv. There was a very relaxing atmosphere, a lot of falafel – gosh I mis that – and a lot of shisha. And yup, I miss that too. The second location of this trip was Jerusalem. This switch felt so weird to me. You go from the chill Tel Aviv vibes to the impressive and one of the most historical cities of this planet. I cannot describe the feeling when we arrived here. Is this the real life? Or is it fantasy? It was definitely real. I hope you all can visit one day.

I would love to tell you all about every hitchhiking adventure ever, because they were all so awesome. However, I can only pick one, those are the rules. The 2017 hitchhiking trip to Bamberg. Me and my buddy Tim really sucked. Chilling at every gas station, not really asking people hey please can we have a ride. We were a little bit too lazy. In the evening though, we both got very motivated to make it till the end. Maybe that was the alcohol in our bodies telling us we really can. But of course, we could not. We ended up in an abended hotel lobby somewhere in the middle of Germany-nowhere (Bielefeld?). As we were too scared of being discovered, we ended up not sleeping at all. In the morning, we finally arrived at a train station. But well, German trains and stuff. It took us like 8 hours to arrive in Bamberg. Once we were there, we felt dead inside and we did not do anything really. Still this was one of our best adventures together.

Agora Bucharest in 2019. On one specific morning, I got to see the most hungover face Mark had ever had. He said, “he would never drink again”. But we all know, he did. It does not seem really special, but believe me, that face was special.

So, those were our little stories. What is your favourite travel memory?!