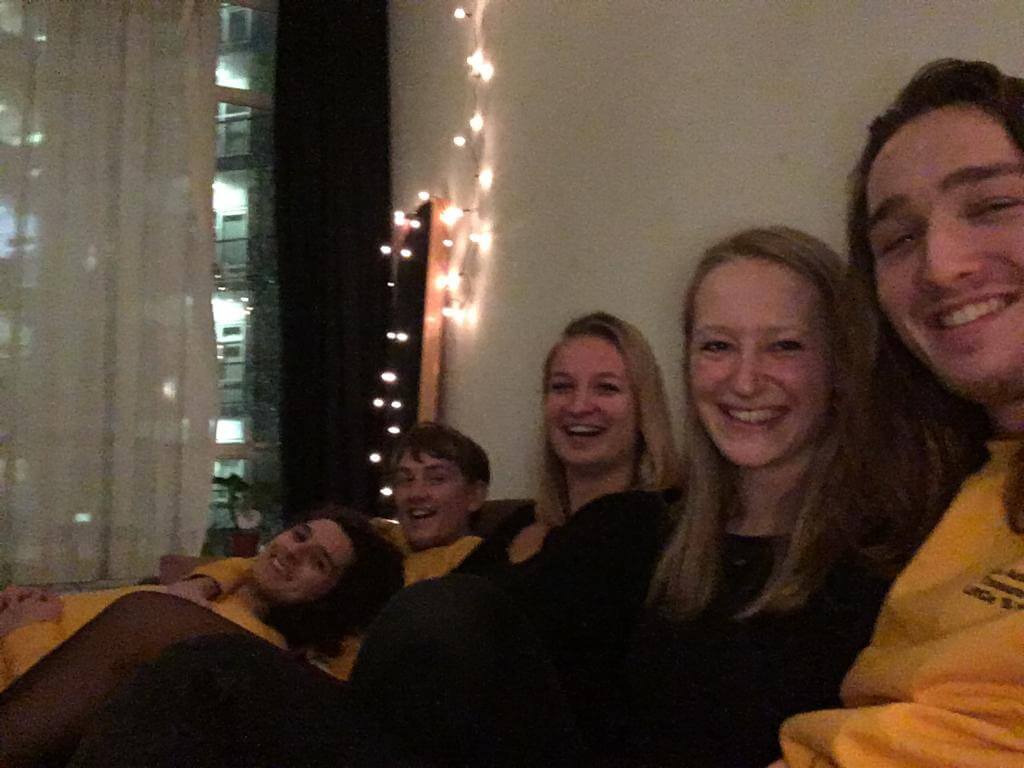 After waiting for weeks for Calvin to write his introduction, he decided that he would just write everything himself. Therefore, without further ado, he will introduce you to the fantastic hitchhiking committee!

Welcome back to yet another blog post about another amazing committee! This time it’s all about the one and only Hitchhiking Committee! WHOOOOOOOOOO!!!!

There is so much stuff to tell you about each and every person in this committee, but who wants to read through boring introductions, right? This post will be about the origin of the committee, why we joined it, and why we are staying under Jeske’s basmati regime.

It all started on the third weekend of October 2010. The first hitchhiking committee of AEGEE-Groningen organized a competition to Copenhagen. Followed a few months later by a long hitchhiking trip. The short trip at the end of the academic year started the (still standing) tradition of the triannual hitchhiking competition. Thousands upon thousands of kilometers have been traveled by art of fetching a free ride. Countless stories have been shared between driver and passenger. And above all, unforgettable memories have been made by each and every participant.

Since then, a few things have changed. We, for example, will also follow the schedule of the previous committee: Short trip, short trip, long trip. We also put more emphasis on challenges, because just hitchhiking is not adventurous enough for the stereotypical AEGEEan. But the true nature of the committee has remained the same. We are crazy, spontaneous, loving, and wanderlusting people too. We had our first trip to Bruges this year, just to warm up the newcomers. Now we can focus on more challenging destinations, or at least on more challenging announcements hints. Little side note: You guys were awful with the first one! Only 2 people guessed, and one of them was Mark Pasma. He recognized it from the blurry beer I took out of the fridge. So not to shame you guys, but up your game for the next one. We will make sure you need some skills.

So now on to the people who form the committee. Who shapes the committee? The faces behind the competitions. We consist of 2 girls, 2 guys, and Lars. We are born for the adrenaline and we won’t shy away from any challenge. There is no mountain too high for us, as we are by far the most adventurous bunch of guys and gals and Larses you’ve ever seen. Not only do we get into strangers’ cars, we actually got a Finnish guy who will talk to the driver! Crazy, I know! Our whole life we’ve been shaped and molded to become a committee member.

Jeske is the chairwoman of the committee. She thinks of herself as Norway: cold, rough and blond. I have to agree with her about the roughness. She gave me a good one when I failed to write my introduction week after week. I hope you’re happy now.

Lars usually writes because he’s the secretary. He and Jeske have traveled a ton of places in South America. Not together though, that would’ve ended in a catastrophe! But now they are working well together.

We have Eva as a general member. She joined after the first trip but is still an amazing addition to the cuddles we do in the bed. But she has a lot to learn about hitchhiking since she has never hitchhiked  before.

Kalle. Our, social, Finnish guy. He’s the treasurer and our treasure <3. We all love Kalle dearly, with his long Viking hair, his soothing singing voice, and his chaotic brain. Without him, the numbers don’t add up, and we wouldn’t be as wholesome as we are right now.

And my name is Calvin. I’m the one who adds a whole different kind of chaos to the mix. Sometimes appreciated, most of the time underrated.

Well, this all I have to say about us. If you are a cool committee and want to earn some extra points in the committee competition, we are open for a committee mix!