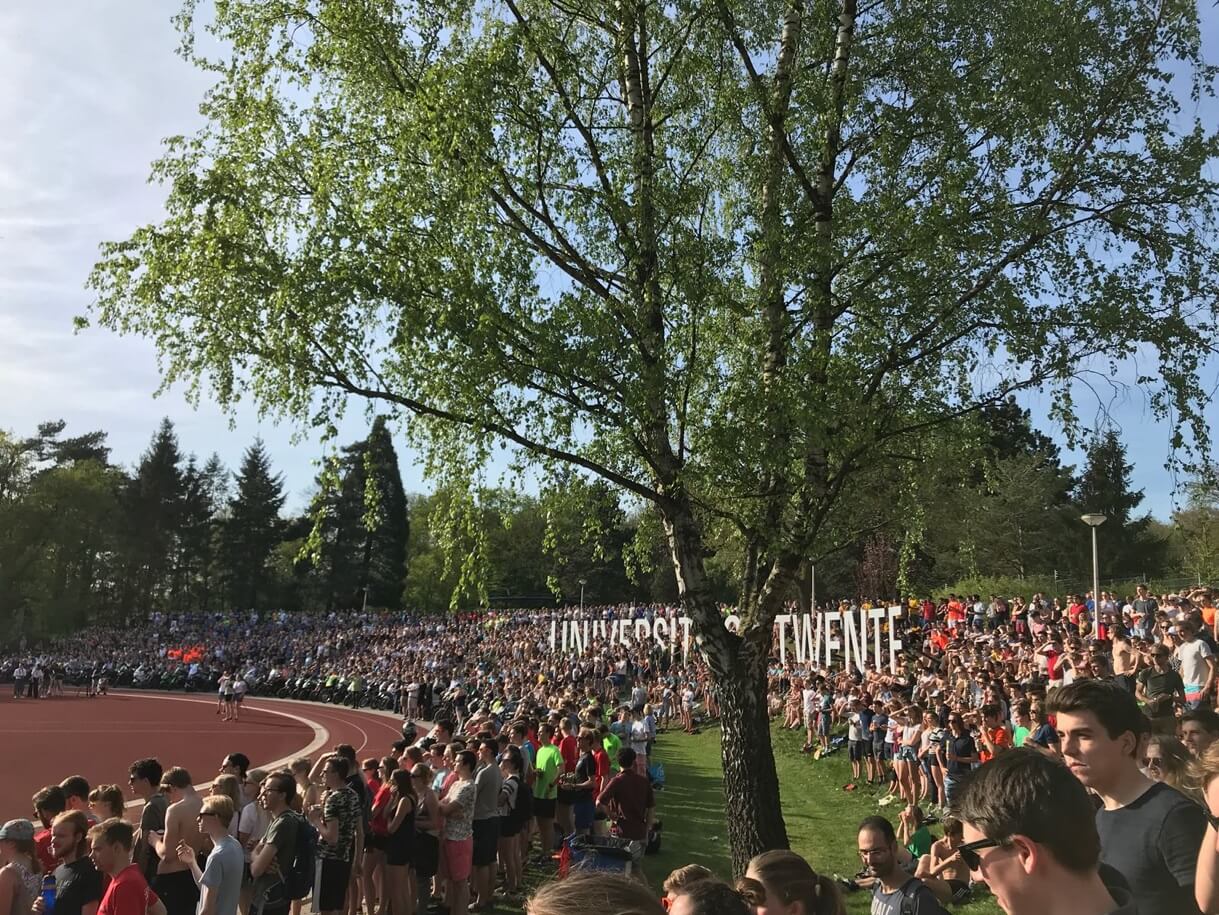 For the ones who do not know me yet, let me first introduce myself. I am Roger, 26, master Psychology and I joined AEGEE-Groningen in February. Since I am running for a couple of years now, when I heard AEGEE-Groningen wanted to participate in the Batavierenrace, I couldn’t say no to signing up for the team. The Batavierenrace is known for being the biggest running competition for students in which over 8500 students participate annually 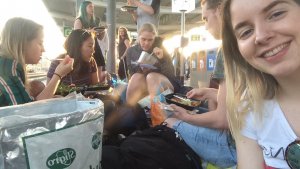 The race started at Friday midnight. Our night group left in the afternoon from the station to have time to prepare. The morning and afternoon groups shortly followed with a nice ‘dinner’ at the train station. The night group kicked off with our own lovely Neepan starting on the first distance of 6.1 km. In the meantime, the morning and afternoon group explored the camping site, settled in at the gym and tried to get some sleep. A group also went out to the camping to say hi to the other antennae. 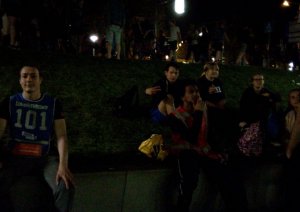 While the night group was running their asses off, the morning group was already woken up on the ungodly hour of 3:15, only to get cramped up in busses to get to the site of the first re-start in Ulft. Huddled up like cattle, most of them tried to get some extra sleep while a few tried to enjoy the view of the dew lingering in the streets and the fields. While the night turned into morning, the night group was finishing their last heat.

Whilst encouraging the runners during their finish, the morning runners had the opportunity to check out the competition and talk to other antennae and rub the last sleep out of their eyes. The morning group sought out the night group to take over the van and settle in. 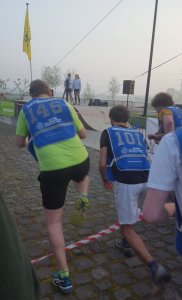 When the re-start started, Ivo started the Batavierenrace for the morning group. This is where the actual circus of the Batavierenrace started for me. Within 100 meters after the rest of the group left in the van for the first switch point, we had the opportunity to get used to a high-pitched tone which came from the navigation system. Yeey! But eventually, thanks to our beloved and famous Treasurer, this was solved. Thanks again for preventing headaches in the morning group!

At the first switch point, Ivo and Evelien kind of surprised us by finishing pretty fast. Another surprise was that the promised dixies at the switch point where nowhere to be found and some members had to look up some bushes to help them out. The second duo scared us a little bit by keeping us waiting. Then Rosan and me took over the baton and gave everything we got. Then the game was on with the runners who were carrying tree trunks on their shoulders. They had overtaken us before but we were catching up on them slowly but surely only to find them vanish into thin air. 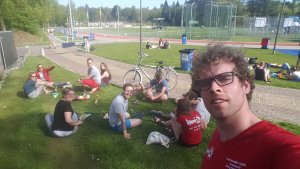 On the topic of #whoopsies, a car happened to be on the course in the corner 20 meters before my finish. It was so close, I almost gave it a hug. The moment I came crashing and choking over the finish line, Ivo was ready to start his second distance. This time Ivo was backed up by Meike to finish the last two distances of the morning group and to pass the baton on to the afternoon group. 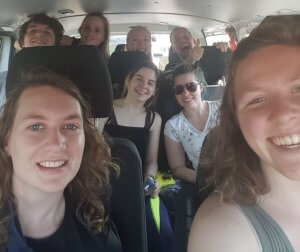 The afternoon started with the restart in Topicus. By then the heat had completely settled in and the morning group had the opportunity to sleep, refresh themselves and join the morning group in the grass near the grand finish line for some rest and chill time. In the meantime, the local supermarket was flooded by runners and raided for their supplies.

As the afternoon group progressed, more and more people assembled at the finish and the atmosphere started to change from chilling, relaxation and resting to excitement and expectation. By the time the last restart in the center of Enschede had happened, all of the night and morning groups were gathered around the athletics track to cheer on their last runners for the last few hundred meters. As the race drew to a close, the public was exploding with energy and cheers. In addition, all of the guiding motorcycles were gathered at the track to give a last extra boost to the runners for the last 100 meters. They gave an impressive and mighty roar with their engines reviving in unison. 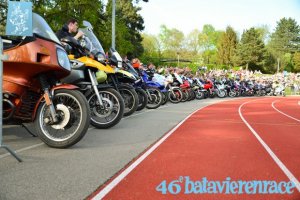 Amy ran the last stage for us on the women’s competition. Amy and Ivo deserve extra applause since they both ran two distances. Both of them pushed themselves to give everything.

Since other antennae were also represented, the times of the runners were constantly compared. Eventually, AEGEE-Delft/Nijmegen turned out to have the best team and ended up having an impressing place of 174 of 307 teams in the competition. AEGEE-Groningen ended on place 288.

After all the amazing efforts of the teams, there was also some time for some relaxation. And what is a better way to do that than with a BBQ with the other Dutch antennae represented in the race? After filling our bellies with delicious foods and drinks and sharing our experiences of the race, we moved towards the open big Batavierenparty where all of the runners and even more party animals were gathered to party the night away. 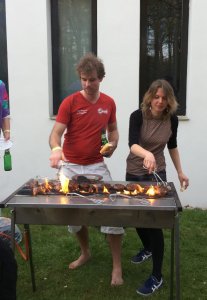 I really loved the event, the chill atmosphere combined with a relaxed competitive edge. Here you can measure were you stack up with other students and yourself while in the meantime have fun with everyone. It is definitely an experience I will remember and I will definitely recommend everyone who has the opportunity to join this experience and wonderful event. But unfortunately, all good things must come to an end and so did the party and the weekend. And before we knew it, we had to leave the gym to catch the train back home, tired, exhausted but definitely content. 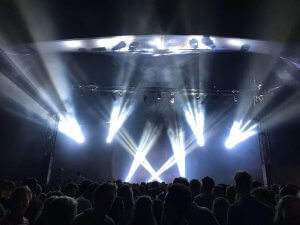