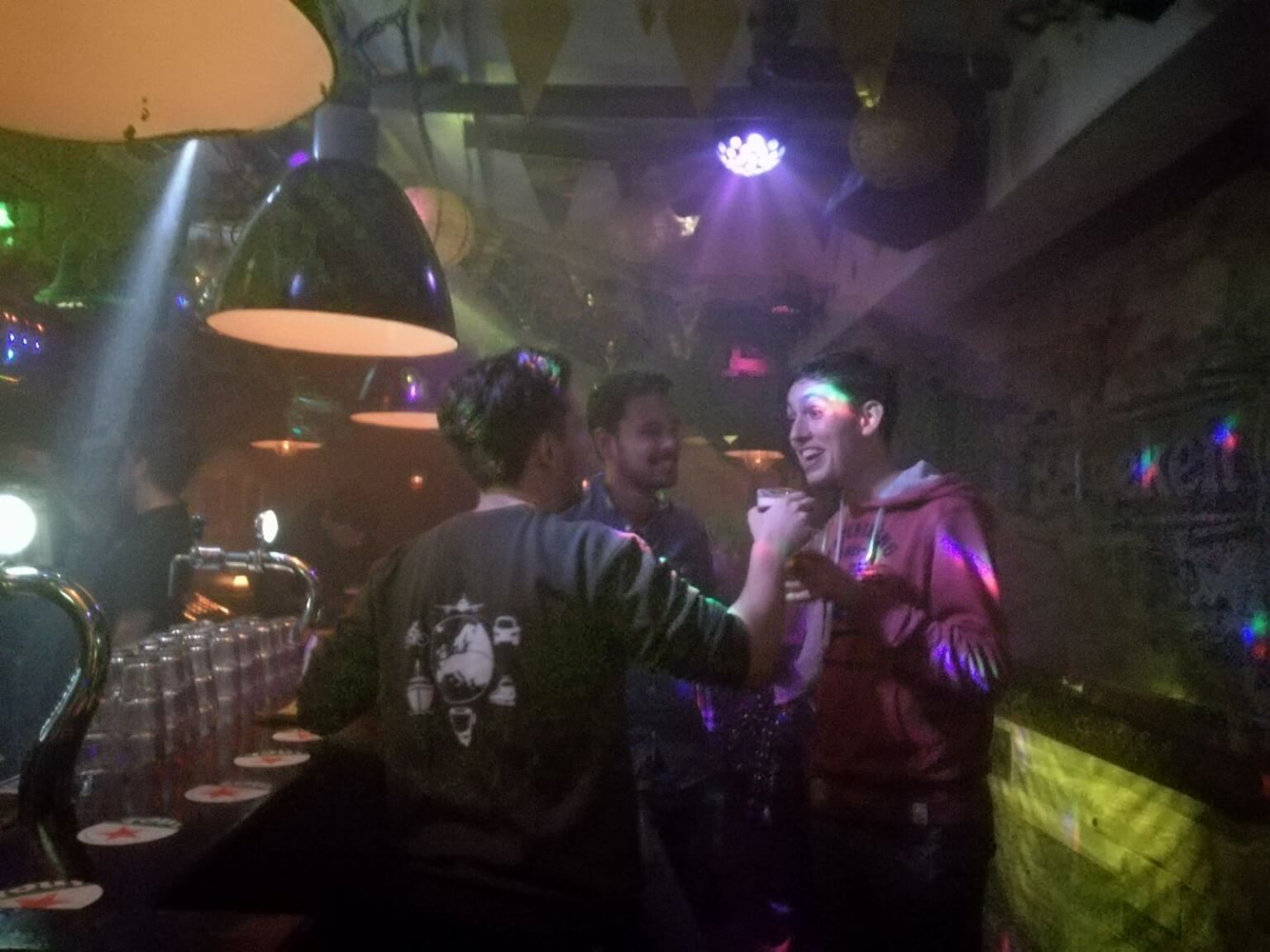 Ah, the Wednesday social, the evening every AEGEEan is looking forward to. What’s not to like about it? You can drink for a reasonable price and you get to see all your favourite AEGEE mates again! It is almost like a weekly reunion. But while you are drunkenly attempting to form a sentence of sorts to scream in the ear of one of your fellow AEGEEans (because De Brouwerij likes their music as loud as possible), you might not know what their REAL thoughts are about several topics. Alcohol and memory have, after all,  never been a good combination. That’s why I, Michiel Cornelius Strijbosch (that’s actually not my real middle name but it sounds fancier, okay?) have asked fifteen brave AEGEEans fourteen ‘would you rather’ questions during one of these socials and these were no ordinary questions! Without further ado, let’s dive in and view the results!

Quite an unexpected number considering the litres of beer that are consumed every Wednesday evening. I guess it is better to not be forever alone than to develop a beer belly in the long term.

Only one brave person preferred to live in harsh cold every day! These questions were answered during winter, so it is maybe not a surprise that 30 degrees and sun were a huge craving for the winter depressed people of Groningen!

Another shocking number, considering the fame and praise the Hasret gets here in Groningen. But then again, who can’t resist a good Eierbal and our typical Dutch fries? The pride of our own city’s cuisine can even conquer döner!

With a slight preference for 7 pm lectures, students really do seem to favour their good night’s sleep after having a long night out. Some students seem to want to get it out of their way quicker, groggily attend their 9 am lecture and sleep it off for the rest of the day afterwards. Whatever floats your boat!

AEGEEans are not as adventurous as expected, with only four out of fifteen of the students chose to hitchhike forever with the others preferring public transport. I hope the hitchhiking committee will not see this!

If you are good at math, you probably notice there is 6% missing, due to one participant claiming they would rather die than listen one of those artists forever, something I can completely understand. Surprisingly, despite the bad reputation of Justin Bieber 10 out of 15 of the member who answered this questionnaire still would prefer Bieber over One Direction.

This one is also quite even, with a slight preference for being sleepy all the time. I guess having a growling stomach during all those hours of studying I assume you all do is not the best way to concentrate.

B – Have your perfect husband/wife for a lifetime – 73%

Unexpectedly, a high percentage of the students who answered the questionnaire would rather suffer the seemingly infinite student debt they will have received over the years and get their perfect love instead! Love conquers all, even for students thousands of euros in debt!

A – Have sex with models but you cannot tell anyone 67%

Ten out of fifteen participants would prefer to do the deed with hot models and not tell anyone. The other five seem to prefer their reputation and status and want to tell everyone they did even though they, well, did not. Who knows, maybe those models could be lousy in bed!

A whopping thirteen out of fifteen participants would prefer to never hear their favourite songs at De Brouwerij anymore and still be able to see their hot fellow AEGEEans! The other two probably think everyone is ugly and would not want to miss Brouwerij music even if their sight would go blank.

One person wasn’t able to answer this question, hence the great maths again. While I am glad to see ten out of fifteen participants would not want to give up the infamous Dutch honesty, four out of fifteen participants would rather keep everyone happy and would happily lie to them to avoid any sort of conflict. Not a bad thing to have, on the other hand.

Shame on you, AEGEEans! How do you not want to be part of the board of the greatest student association of Groningen, year in year out? On the other hand, the amount of stress and lack of free time it gives you might indicate while the majority of the participants would rather do nothing than do a lot.

While having a phone without having to charge it is a nice idea, never having to visit your home-home to wash clothes again apparently seemed a bit more appealing. It would definitely save a lot of time you could spend on other fun stuff, like cooking and studying!

A – WRITE EVERYTHING IN CAPITAL LETTERS – 47%

There you have it. So, if you don’t know what to talk about for the next social, feel free to bring up one of these questions and see if your fellow AEGEEan is actually as like-minded as you think. #Teamdöner or #Teameierballen? It could be very interesting observing these subtle difference among AEGEEans. I hope you all have learned how such a differently minded association AEGEE really is, even if we all seem like travelling addicts on the surface.