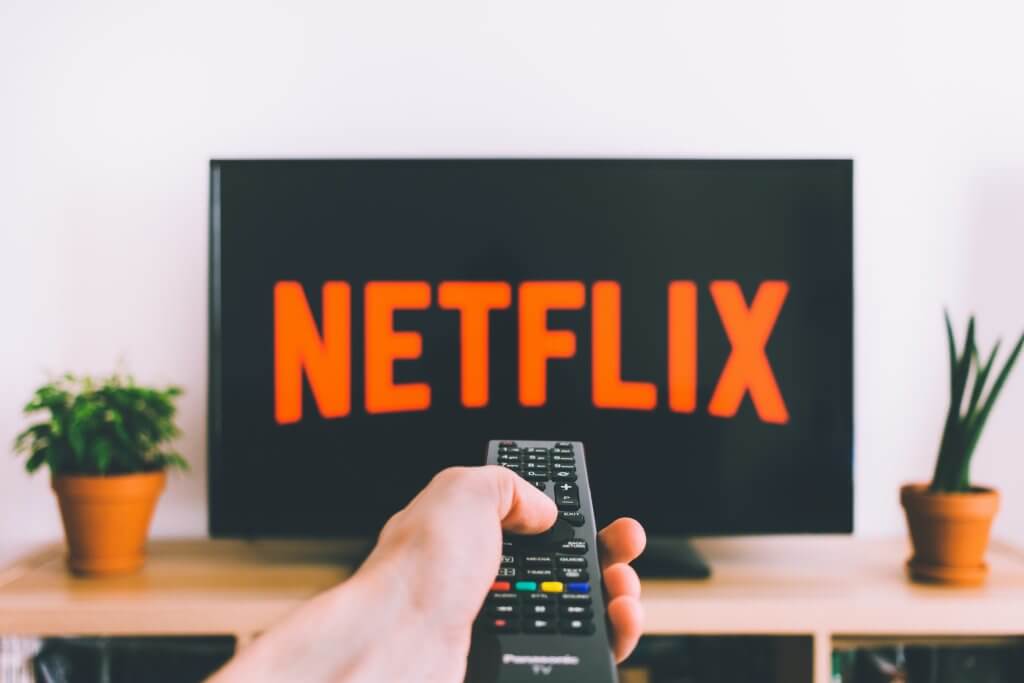 Sorry not sorry: my absolute favourite one is RuPaul’s Drag Race. 11 seasons full of drama, self-discoveries, beautiful creations, and above all, lots of humour (at least in my opinion). Maybe you’ve already heard of it, and are you now thinking to yourself: “No no no Annelies, this seems to me like a bullshit show”. But keep in mind how all those beautiful drag queens are totally not afraid of putting themselves out there, maybe even on a level I would never be capable of. Besides all the laughter, I also feel a lot of respect towards the contestants on the show. Hit me up if you want to know my favourite RuPaul’s Drag Race season.

For your information, it is a movie. I really think this is a pretty undiscovered movie on Netflix. It’s about Adam, who is diagnosed with schwannoma neurofibrosarcoma, a malignant cancerous tumor in his spine. He sees on the internet that survival is 50/50…  A beautiful movie, preparing tissues is a must.

Altered Carbon. Omg yes. This is an awesome show. If you’re a sucker for shows set in the future, make sure to watch this one! The fact that both men in the two seasons which are on Netflix are very handsome, is a major plus. If you have watched it, I would love to hear your opinion about it.

A friend recommended to me this series and I remembered having watched the trailer a couple of months ago. This was post – quarantine so I immediately jumped into it now that I have the extra time. This is a dark – comedy Netflix program based on a mini- comic series. It consists of 2 seasons, with twenty minute episodes, therefore very bingeworthy and light choice. The protagonists are two troubled teenagers, running away from their homes and into some spontaneous and … illegal adventures. The boy, James, self-identifies as a psychopath and is determined to kill Alyssa. Alyssa herself is not much healthier mentally and is unstable and angry. What I liked about this is how unbearably dislikable those two are, I was basically rolling my eyes every other scene. But that is what happens when people go through injustice and hardships.  They don’t become wise and mysterious, but rather rude, manipulative and selfish. Or do they? The same director directed another series this February. It is called “I am not ok with this” and I will get into it as soon as I have some time (which is tonight).

In an effort to recommend something outside the box, since by this point of the quarantine all is said and done, this popped up in my Netflix feed. I didn’t know Netflix offered “The Fresh Prince of Bel-Air” and was really excited to remind myself the reasons I was so into it when I was younger. The series is a sitcom that can replace and/or be compared with “Friends”, “How I met your mother” and “the Bing Bang Theory”.  One of the creators is Quincy Jones, and that itself explains a lot about how popular the series was. Quincy Jones is a producer, composer, songwriter (and the list goes on), has been awarded 28 Grammys and has worked with Michael Jackson. Another reason for its success and multiple nomination and awards is Will Smith who is the main star. It is guaranteed that you will enjoy some good laughs watching this show. To add to that, the show carries a great 90s feel to it. The soundtracks, clothing, references and aesthetics offer a lot of elements of that decade as well as a cultural and political insight of that time.

Many of you don’t know this but Netflix offers a genre of stand-up comedies. Joe Rogan, Gabriel Iglesias, Elen Degeneres, Dave Chappelle, Kevin Hart, Jeff Dunham, Ricky Gervais and the list goes on and on. If I had to choose, Dave Chappelle would be one of my favorites, though a bit insensitive and… daring with his political in-correctness.

I would like to go off course a little bit with my first recommendation, it comes from the land with the weird cartoons and the even weirder people; Japan. To be clear I’m not just recommending one thing here, it’s multiple movies. All these movies share a similar art style (namely: animated movie) and director (Hayao Miyazaki). Don’t get me wrong, getting used to this art-style and sometimes very non-western characters might feel a little bit uneasy at the start. However, in my opinion it is very much worth it. What these movies do is take you away to fantastical places where your neighbour might be a giant rodent/bear like creature who is awfully nice, or to a place where castles move and fireplaces can talk to you. If you can get past the fact that it is a cartoon and that some things might not be what you are used to, you find that Miyazaki can create moving stories with great characters in a fantastical world. I would definitely recommend these movies, with the side note that if you like these movies and watch everything on netflix, there are some missing. If you go looking for more, be forewarned, under no circumstance watch ‘Grave of fireflies’. This is definitely the movie that has left me feeling the worst of any movie EVER. Would not recommend watching unless you have a heart of stone, if you want to watch it, don’t do it alone.

All the best crime shows, in my opinion, come from the UK. They are not the thing we might be used to today, with flashy DNA profiling and a lot of scientific mumbo jumbo which leads to the main character gunning down three bad guys and saying a cool line at the end. No, Broadchurch is a story about a small town where a young boy is found dead, a police station that has never dealt with something like that and the realities that come with such a tragedy. The characters, their personal stakes and the impact on the town are all portrayed really well. I think all of the seasons are great, but the first one is phenomenal. Most importantly, the main character of this show is portrayed by David Tennant, a really great actor and honestly my biggest man-crush since like…. forever. The show is very moving and might be heavy at times, but if you are prepared for that it’s very much worth the watch!

After those two hipster descriptions, I will leave you with something light-hearted. One of my favorite shows is Brooklyn 99, but because everybody probably already knows it I will recommend something else. Namely, the show community. I hadn’t watched Community for a good long time, the first episode aired in 2009 and the show was almost cancelled for I think 4 times. But recently it popped up on Netflix, and I fell in love with it all over again. The humor is very over the top and downright weird sometimes, but the show sticks with it and has some amazing moments because of it. It’s about 7 misfits who have to go to community college in the USA, not a very prestigious thing. These people start out as a study group, but at times they run a “Chickenfinger-cartel” or fight in a great paintball war. The show has great humor and is the start of the carreer for some famous actors, go watch it now! When I think about it, the show might be described as really meta and when it came out a lot of people didn’t like it. So it’s also hipster. Please send help, I feel like tasting different coffee blends and grooming my mustache!

If you want drama, this is the show you want to watch. Only 7 (or 8) episodes which starts to question why people are so crazy. Don’t worry, you will not find any spoilers here, but after I watched the first episode, I had to see it all. It is about the famous ‘Exotic Joe’ and his rival. Every 5 minutes you think, it cannot get any crazier than this, but after 5 minutes you realised you were wrong. After you watch this, you don’t know what’s good and bad anymore.

A series with many different titles must be awesome right? So yeah, on the 6th of April the 4th season was online on Netflix. Please just watch it in its original language: Spanish, because it should be like that. Spanish series are a bit more dramatised in general but with names as Berlin, Tokyo and Nairobi, you know that it’s gonna be awesome. It’s even good to practice your Spanish! You wish that you would be as smart as the charismatic el Professor. Anyways, just watch it.

The general question which mostly popped up after someone addressed the Walking Dead is: ‘in which season did you stop watching?’. It’s true. I watched it till season 8, and I don’t even know how many episodes there are, but this is your quarantine-killer. Many episodes, some ‘short-and spicy woman who cannot shut up’ and zombies (or people) try to kill everyone. These times are horrible, but in the Walking Dead, life could be even worse. Let’s say it even could be ‘feel-good series’