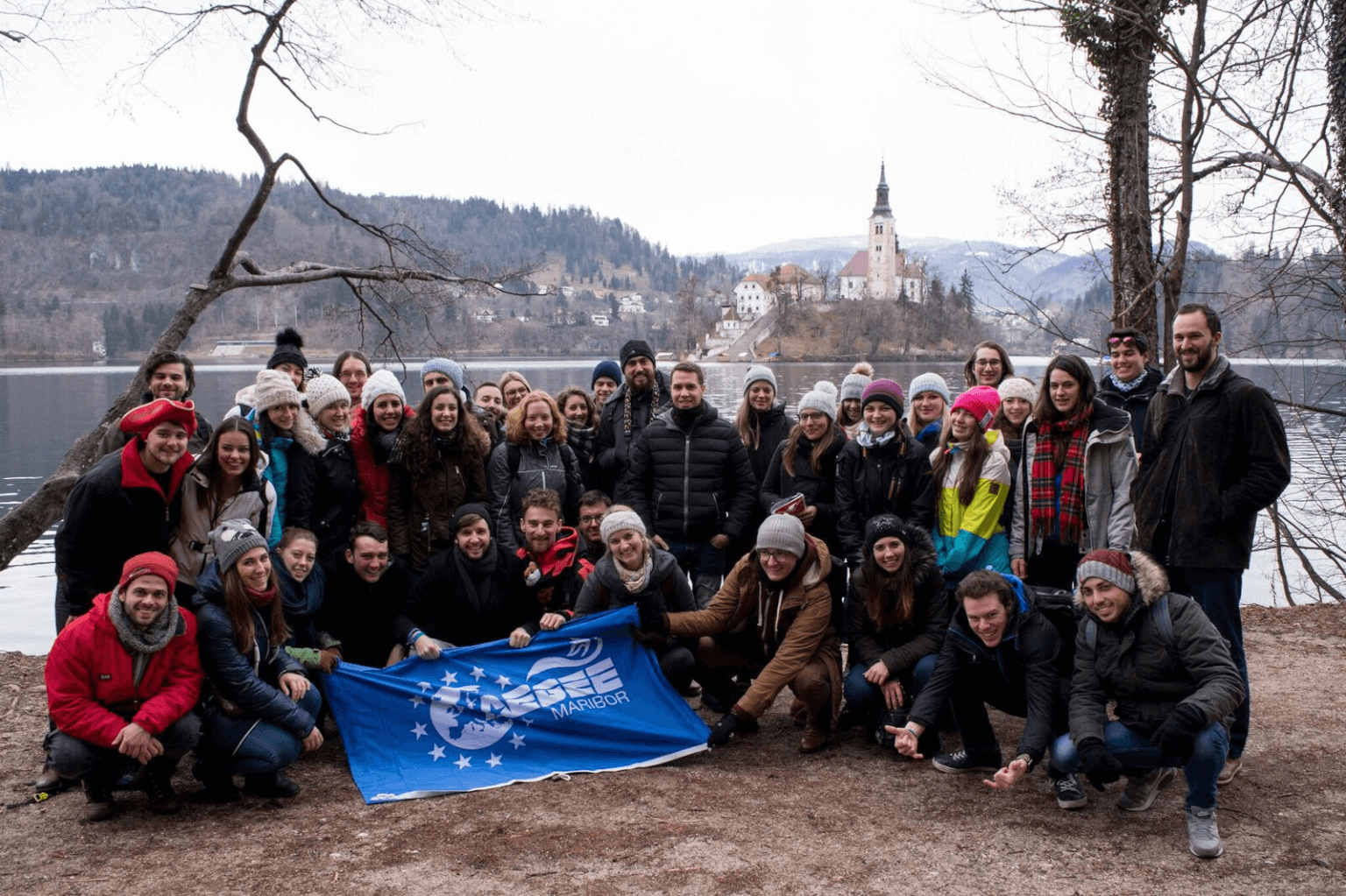 Before I went to Maribor, I had never been to an AEGEE-event besides the ones from Groningen. I applied to this event because of the following: During a social drink at the Brouwerij I was drinking, obviously, and drinking makes your bladder full. When I went to the male restroom and stood there looking in front of me, I saw a paper printed out and hung on the wall, with all the upcoming European events! I read them, of course. Everyone would have, you have nothing else to do, like reading the back of whatever you can find when you forget your phone while taking a shit. So, I read this paper and two events stood out to me, a winter event in Siberia and another winter event in Slovenia. I chose the one in Slovenia because the deadline for the one in Siberia had already passed once I remembered that I wanted to apply. Tip: write down what you want to do when you’re on a social drink in the Brouwerij ;). 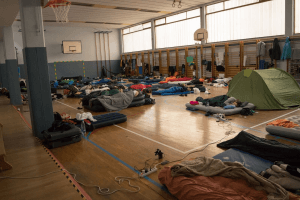 So, I applied and after I got accepted I received the program. When I read the program it looked sooo good. We had three days of skiing, different theme parties every night, social games, city tours, European night (so much alcohol), a spa day, and so much more. The event started off with the first party which had the theme: Traffic light. This theme means that people would wear a certain colour of shirt and the colours would correspond with your “dating status”. A green shirt would mean: Take me, I’m single. A yellow one: Maybe, if you buy me a drink. A red one would mean: Taken. And of course, purple would mean: I’m up for a threesome. Just the usual. The colour I wore you can guess yourself, something with being single and free drinks. To top it off, the colour AEGEE-Maribor was you guessed it… purple, so you can imagine what a fun first night party that must have been. (It was great)

We all slept in a gym, everyone in the main room, with mattresses on the ground. We started day two by getting woken up gracefully with beautiful, loud music, and they also had a megaphone which could make car alarm sounds… So once everyone  was woken up we had breakfast in the other room of the gym and it was just amazing to see all these people (45) eating breakfast. They all looked as if they knew everyone for years, while it was only the second day. That really made me think, if we are already this close as a group while we still have a week to go, some awesome things are going to happen! And they did :P. 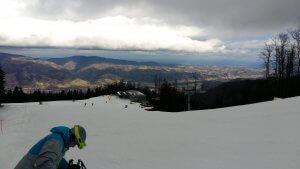 The second day we went skiing from morning till afternoon. I haven’t gone skiing for about four years so it was a little of getting used to again, but after a bit it felt like a giraffe on water, great. The slopes were on a mountain named Pohorje, you could see it from any point in Maribor. It was a truly beautiful sight. After we went skiing we went to eat dinner, and dinner with 45 people can be quite funny when everyone is telling stories, or just how people act and talk, so I don’t think I have laughed more than the times we had dinner all together. After we filled up our stomachs it was time for European night, the night where everyone brings food and drinks from their home country and tells something about it. Even though no one will remember what was told because everyone brings way too much alcohol from their home country, it is one of the best nights of the event.

The third day started (again) with some Slovenian music cranked up to the maximum. After breakfast we headed out into the city for a city tour and a look inside a traditional wine house. Slovenia is actually a wine country, and don’t try to tell them otherwise, trust me on that one. There was also a possibility to taste wines, but after European night, I couldn’t get myself to taste any alcohol. After the wine tasting we went to the Slopes again for some night skiing, and it was great fun, even though you couldn’t see the usual beautiful view from on top of the mountain. In the evening there was a beer pong tournament in a fancy club, there were about twenty couples who competed for the number one spot. I got second, last. Even though my beer pong skills weren’t appreciated I still had a great time because everyone was given five different coloured bracelets, and each bracelet meant something like: I want to give you a kiss, or, I want to get to know you better, etc. So of course I went home with three bracelets, because I only gave away two. 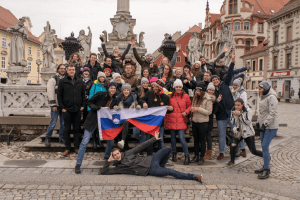 Most nights ended with an afterparty in one of the smaller rooms in the gym, where people just talked and slowly went to bed one by one. I have NEVER been the one to go to bed last, there was always a Slovenian to out drink me, unfortunately. The fourth day we went skiing again. In the evening we had a UV light party, I wish I could tell you anything about this, besides that we were wearing neon coloured shirts and that there was neon paint you could put on everyone’s shirt and draw nice things on them, but the truth is, I went home after ten minutes because I was too drunk.

The fifth day we took the bus to Bled and Ljubljana. Bled is a beautiful town with the famous lake of Bled, in the middle of that lake lies a church, surrounded by other mountains with clouds forming above them this has to be one of the most beautiful things I saw in Slovenia,  with a Slovenian girl being the most beautiful. In the evening we just went clubbing without a theme, it is amazing how many Spanish clubs they have in Slovenia.

The sixth day was the day of new years eve, the party we have all been waiting for. So, everyone got a good night’s rest and was all fine and dandy once the pre-drinking started. Did I tell you that every night there is pre-drinking? Well there is. So, back to the party, we all dressed up in our best attire, the theme was formal, so suits and dresses. Before we left for the party there was a photoshoot in the gym, where they had made this nice-looking décor just for that. 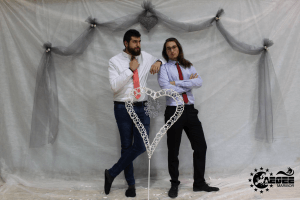 This was the test picture to test focus and lighting. When we got to the party, we had to drink all the BVO’s we had with us and head up with the elevator. The NYE party was being held in a penthouse bar in one of the tallest buildings of Maribor and all the walls were glass and the bar was in the middle.We had our own corner where we could dance and sit on leather couches. The alcohol was as usual very nice. You could buy regular drinks, but also whole bottles of liquor and champagne, ranging from 30 to 400 euros. With a group we bought a bottle of gin and got a free bottle of tonic with it. Other people bought a bottle of Jack. All was served with glasses and tall colourful straws and after a while we were already forgetting all our shames and weaknesses. (You can imagine a dance floor with people who forgot about shame! :D) Just before midnight everyone in the bar took the stairs one floor up, which led to the roof. On the roof everyone got free champagne from the club and we could watch the fireworks, which was great, because you could see everything. There were no other tall buildings to obstruct the view and ruin your NYE. It was a magical evening.

On the seventh day we went to the spa, which was perfect after all the skiing and partying, especially the NYE party. After that we had dinner in a restaurant 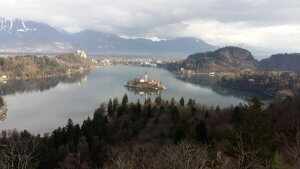 where we had eaten before, and the “Best of” was announced. Everyone got a piece of paper before this happened, and on it were two columns, one for male and best female, with awards like: Best participant, Best kisser, Biggest flirt, Best skier, Cutest Couple, The one I want to kiss before I go, etc. After we had dinner the “award-ceremony” was held, which was someone calling the award and the person who got it, the winner would get up and receive the award and a shot. After dinner we had a graffiti party, you had to wear an old, white T-shirt, and people would write nice messages on your T-shirt so you could remember them, so jokes, love letters, penises, everything.The next day was already goodbye, unfortunately, and even though the event was only for one week it felt like so much longer, and the friends that I kept from it are amazing. I have already told the people in Maribor that I will go there during Summer University! 😀